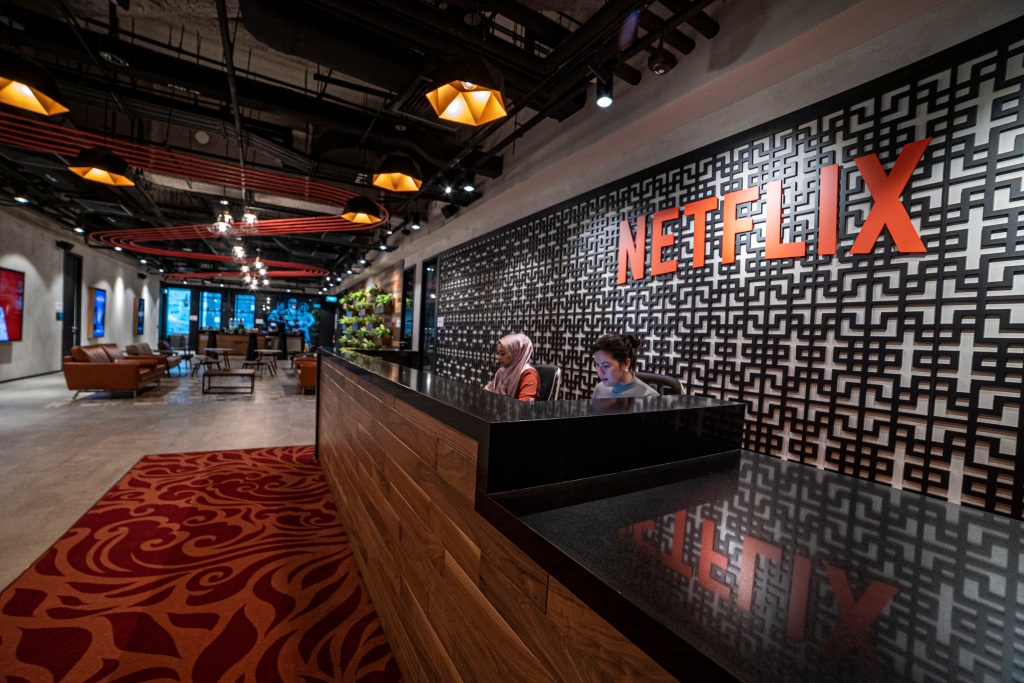 As expected, the internal and external backlash this month over Chappelle’s recent special, The Closer, did not come up during the 41-minute, pre-taped discussion. The video was posted to YouTube two hours after the company delivered solid earnings ahead of internal forecasts and Wall Street estimates. The company did more marveling at Squid Game (Hastings and VP of Investor Relations and Corporate Development Spencer Wang even donned track suits to match the show’s wardrobe) and marked progress in other areas. For the third straight quarter, Nidhi Gupta of Fidelity moderated the conversation, and didn’t exactly come out guns blazing. “First off, I want to say congratulations on all the success in the quarter,” she began, and so it went from there.

Hastings declared that the company, which earlier today reported reaching a higher-than-expected 214 million subscribers at the end of the quarter, would one day “really entertain the world.” Though he cautioned that revenue and profit margins would need to align with spending on content, he said current levels of $17 billion a year in spending could expand exponentially. “If we’re able to pull that off, and be the place where most of the world goes to for entertainment, then you’re definitely thinking too small” if you expect spending to perhaps double or triple, he told Gupta. “Now, it will take a couple decades to get there. It’s not overnight. … But it would be incredibly satisfying.”

CFO Spencer Neumann said, “We still think we’re in early days.” Given the total global pay-TV and broadband universe of more than 1 billion households, with more on mobile, he added, “We don’t see a ceiling, at least not for the foreseeable future.”

In the more immediate future, as the world emerges from the coronavirus pandemic, execs expressed optimism that a wave of sought-after releases in the fourth quarter would let the company extend its momentum. Netflix expects to add 8.5 million new subscribers in the quarter, as new seasons of Stranger Things and Tiger King go live, along with high-profile movies like Red Notice.

Hastings said it would be difficult to tell when Covid would not make its presence felt in the company’s numbers. In 2020, for example, the company added nearly 26 million subscribers in the first half of the year, but only two million more the rest of the year. “You can’t come off the craziness of Covid and be confident in the next two years,” Hastings said. “We’re going to push really hard.”

Netflix faces a walkout tomorrow by a number of employees as well as a protest in LA over The Closer, which has been deemed by critics to be transphobic and capable of causing real-world harm. The company has backed the comedian but only manage to exacerbate the trouble in recent days. At the same time as PR headaches have mounted, though, the company’s stock has remained near all-time highs and Wall Street has continued to buy into the improving streaming results.

In the only question from Gupta that could objectively be called provocative, the analyst asked the management team why their original film efforts have not seen the kind of traction that the TV side has.

“Remember, we’re a few years behind in the film business from where we are with our TV business” in terms of when original titles began, Co-CEO and content chief Ted Sarandos responded. The company started making “meaningful-budget films” only “about three years ago,” he added, and in that time frame has released five Best Picture Oscar nominees.

Sarandos said he doesn’t have “any doubt” that “we’ll see that kind of excitement in the culture around the movies as we have with our TV shows over time. It’s interesting that people love to talk about their favorite show in a different way than they do about movies. It’s just a little bit louder.” Nevertheless, Sarandos pointed to numbers released in the company’s quarterly earnings letter, detailing “large-scale” viewership of titles like Bird Box, Extraction and several others.

The company’s entry into video games during the quarter took up a few minutes of the earnings discussion. Product chief Greg Peters, who oversees the gaming effort, says the mission is about “learning to be successful.” He said the initiative will look to emulate the ramp-up of original series and film programming, with “a bunch of different approaches,” spanning self-made game titles to co-ventures with partners to acquired fare. In September, Netflix acquired Night School Studio, the independent game developer known for narrative-driven titles like Oxenfree.

Creating games “is this alchemy of a whole variety of stuff, where you have engineering, you have the design and the story and you have sort of a data element,” Peters said. It’s a “whole different muscle” for the company to develop, he acknowledged. But original programming has existed for less than a decade, he added, and has steadily improved in a fairly short time. Developing an internal game development capability will allow Netflix to “push the edge of interactive storytelling,” he added, in turn reducing subscriber churn.

As the Omicron variant crops across the region, Los Angeles is seeing significant and sustained jumps in Covid cases, test positivity rates and...
Read more
Hollywood