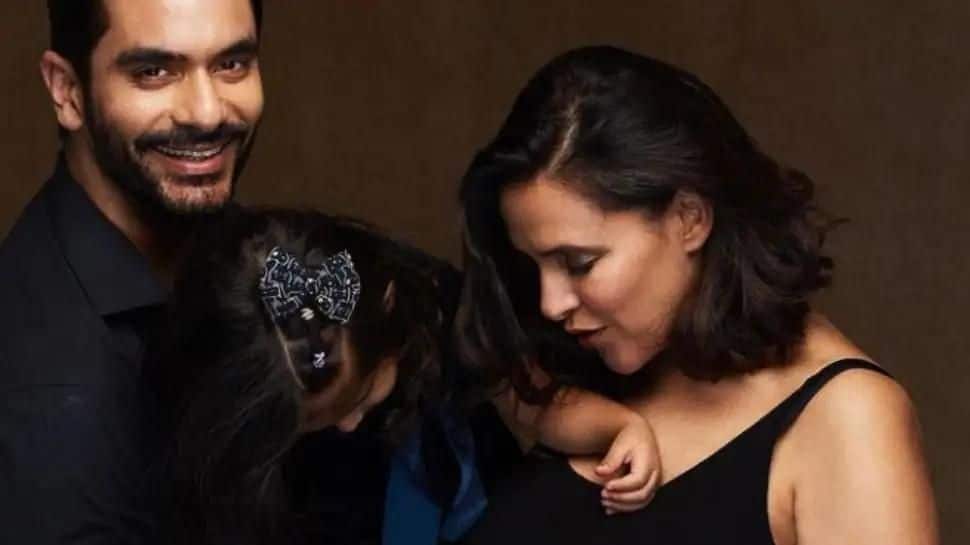 New Delhi: Soon after announcing her pregnancy on social media for the second time, Neha Dhupia spilled the beans on the hardships she faced during the initial days of her pregnancy.

While talking to Hindustan Times, she shared that her second pregnancy was full of ups and downs as her husband and actor actor Angad Bedi tested COVID positive in her initial months of pregnancy.

Sharing more deets about it, “Hard is an understatement. It was a lot that we went through. It’s always hard when someone around you gets COVID-19, and harder when you’re pregnant, but Angad was the one who helped me stay positive in that period.”

She also shared her experience of getting pregnant for the second time and said, “The second pregnancy has been different. I’ve got less questions in my mind because I know the beats of it, and why and how the mind and body reacts to it. I always compare it with my first pregnancy. However, the lockdown didn’t make it easier.”

For the unversed, Neha Dhupia got married to Angad Bedi in a hush-hush ceremony in May, 2018. The duo welcomed their first child, daughter Mehr Dhupia Bedi on November 18, 2018.

The couple has been quite careful to not to expose their daughter to social media as they don’t want to do anything that she’s not comfortable with.

On the work front, Neha is seen hosting MTV Roadies and a celebrity talk show called Vogue BFFs. Angad, on the other hand, was last seen in ‘Gunjan Saxena: The Kargil Girl’.

The WGA East is recommending that everyone who works on-site in a writers room should be fully vaccinated but says that writers should...
Read more
India