Man Flies In From Dubai With 40 Lakh Gold In Rectum, Arrested In Chennai 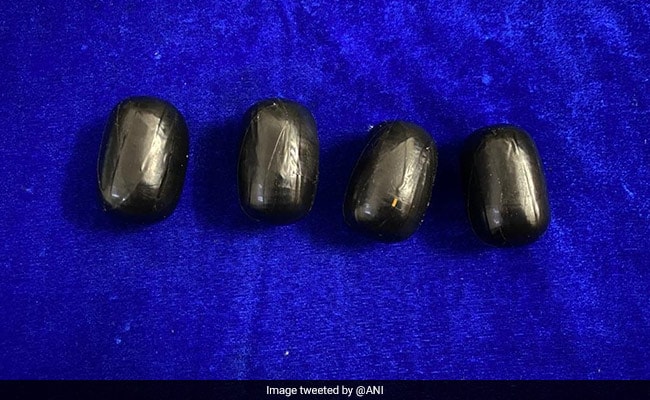 Gold weighing 810 gm and worth Rs 40.35 lakh was extracted from four bundles.

About 810 gm of 24 karat gold worth over Rs 40 lakh has been seized from a man who carried it in his rectum from Dubai to Chennai. Customs officials have arrested the passenger and further probe in on.

News agency ANI reported that the gold was carried in the form of four bundles of gold paste weighing 948 grams. Gold weighing 810 gm and worth Rs 40.35 lakh was extracted from the bundles.

Tamil Nadu: Customs officials at Chennai Airport intercepted a man coming from Dubai & seized 4 bundles of gold paste, weighing 948 grams, from his rectum. On extraction, 810 grams of 24k gold valued at Rs 40.35 lakhs was recovered & seized. He was arrested. Further probe is on. pic.twitter.com/aPVJaDxPoh

This allowance, however, applies only to gold carried in the form of ornaments. Those who have stayed abroad enjoy some relaxations.

The seizure of gold being illegally carried from abroad, especially from the Gulf countries, is not a rare event in Chennai airport.

In December last year, two men returning from Dubai were arrested with bags of gold paste in their rectum. Customs officials seized 706 gm of gold worth Rs 35.5 lakh that were transported in the form of bundles of gold paste.

This January, Customs authorities in Chennai made several seizures over 3 days, adding up to a haul of 9 kg of the precious metal.

The officials searched 17 passengers back from Dubai and found that they were carrying 48 bundles of gold paste in their rectums. Gold weighing 7.72 kg and worth Rs 3.93 crores was recovered from the bundles. Further search led to the recovery of 12 gold cut bits weighing 386 grams and a gold chain weighing 74 gm from the passengers’ handbags.

The total gold recovered, 8.18 kg, was worth Rs 4.16 crore, according to the Customs. Eight persons, including a woman, were arrested in this connection.

In another case at the same time, a man was arrested after he was found to be carrying 3 bundles of gold paste inside his rectum. On extraction, gold worth Rs 14 lakh was seized.