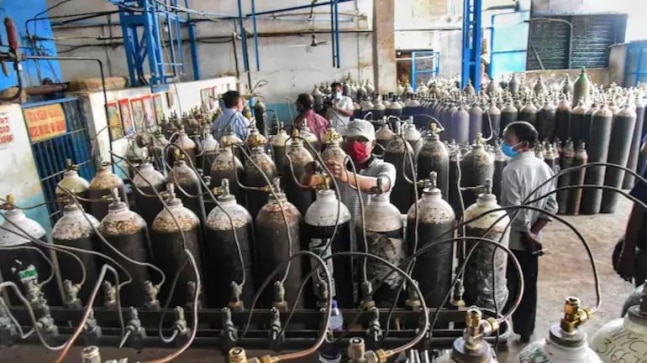 
Amid the surge in coronavirus cases, the demand for medical oxygen has increased in 16 districts of Maharashtra. On Tuesday, Chief Minister Uddhav Thakeray’s government requested the Centre to further increase the supply of liquid medical oxygen (LMO) to the state by 200 metric tonnes (MT).

“At present there are more than six lakh cases. Of these, 78,884 patients are on oxygen and 24,787 patients are undergoing treatment in the intensive care unit. The demand for oxygen is also increasing in 16 districts – Palghar, Ratnagiri, Sindhudurg, Satara, Sangli, Kolhapur, Solapur, Nandurbar, Beed, Parbhani, Hingoli, Amravati, Buldana, Wardha, Gadchiroli and Chandrapur – of the state. Oxygen audits are being conducted in every district. Considering the increasing demand and need for oxygen in the state, the current supply of oxygen from the central government should be increased by 200 metric tons,” wrote the chief secretary of Maharashtra

Sitaram Kunte added that the supply of oxygen should be arranged as per the state’s convenience. Oxygen availability planning at RINL, Vizag and Jindal Steel in Odisha, which were earlier scheduled, remains on paper.

“At present, 125 metric tonnes of oxygen is being supplied daily from Jamnagar, Gujarat, which should be increased by 100 metric tonnes to 225 metric tons per day and 230 metric tons from Bhilai. Geographically, both the locations are close to Maharashtra, which will help in reducing the duration of transport while providing timely oxygen to the patients,” he added.

Kunte also pointed out that the central government has received tankers from oil producers in Singapore, Dubai and other countries for transporting liquid medical oxygen.

“At least 10 of these tankers should be made available to Maharashtra so that it will be easier to bring liquid oxygen from Angul in Odisha through Roro service,” the chief secretary said in the letter.