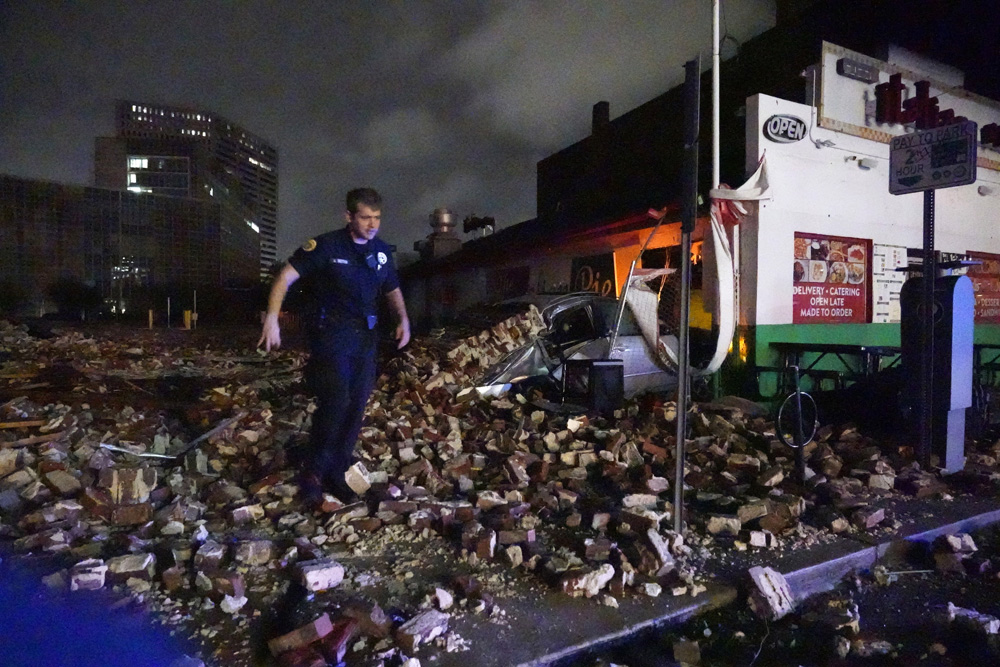 Louisiana is waking up today to grim news and, in many parts of the state, no electricity in the aftermath of Hurricane Ida, which weakened overnight to a still-dangerous tropical storm. At least one person is dead as a result of the weather, though officials fear that toll will rise as search and rescue teams determine the extent of the damage today.

Louisiana energy company Entergy tweeted this morning that it will “likely take days” to determine the extent of damage” to the power grid and “far longer” to restore electricity to the region. Much of New Orleans remains dark, its streets underwater.

Entergy also warned that the “most dangerous part of a storm is often just after it has passed,” noting, “Just because you can’t see any apparent danger doesn’t mean there isn’t any. Downed power lines may still be energized.” The company warned everyone to “keep your distance” from the power lines.

Officials in at least one Louisiana parish are telling evacuees not to return to their homes, even to survey damage and assist others. “Today is not that day,” said Lafourche Parish Sheriff’s Office in a tweet this morning.

What began as a Category 4 hurricane when it made landfall yesterday on the southeastern coast of Louisiana, near Port Fourchon, remains dangerous even after being downgraded to Tropical Storm Ida. Though hurricane-strength winds have lessened, Louisiana authorities warn that heavy rainfall and flooding are expected in Louisiana today (as well as southern parts of Mississippi and coastal areas of Alabama). The weather in southeast Louisiana, southern Mississippi, southwest Alabama and the western Florida Panhandle will be conducive to tornadoes today, weather officials warn.

The first of what officials fear will be a higher death toll was reported Sunday night when the Ascension Parish Sheriff’s Office said a person injured from a fallen tree in Prairieville, Louisiana, was later confirmed dead.

We understand evacuees are anxious to return to survey damage and assist others. Today is not that day. Parish officials will be making an announcement about reentry in the near future, but it will not be today.

It will likely take days to determine the extent of damage to our power grid and far longer to restore electrical transmission to the region. Philip Mays, president and CEO of Entergy Louisiana, shares updates with @NOLAnews early this morning. https://t.co/hHLxlLJd1P

The most dangerous part of a storm is often just after it has passed. Just because you can’t see any apparent danger doesn’t mean there isn’t any. Downed power lines may still be energized. Keep your distance, and call 1-800-9OUTAGE to report them. ▶️ https://t.co/ityKmJbWM4 pic.twitter.com/paiZsYk3m3

🧵 Hurricane #Ida has caused catastrophic damage in Lafourche Parish. Deputies have been deployed in full force today responding to emergencies, searching for those who need help, and helping clear roads. Curfew remains in effect and will be STRICTLY enforced. 1/4 pic.twitter.com/3AW49AG1ia