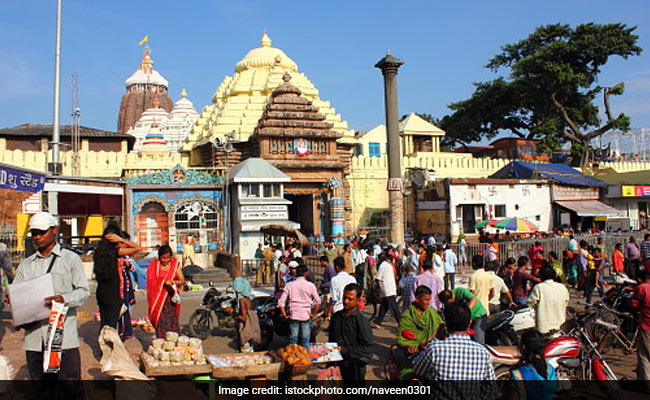 Lord Jagannath’s temple in Odisha’s Puri will remain open throughout the week.

Lord Jagannath’s temple in Odisha’s Puri will remain open throughout the week including Sundays and the devotees can eat ”Mahaprasad” (holy food) at auspicious Anand Bazaar, authorities announced on Wednesday.

This was announced by Shree Jagannath Temple Administration (SJTA) chief administrator Krishan Kumar after a review of the standard operating procedure (SOP) implemented following reopening of the 12th century shrine for the general public last month.

“Keeping in view the experience of the last 20 days and the feedback, now it has been decided to open the temple on Sundays also.

He said the devotees can witness the trinitys (Lord Balabhadra, Devi Subhadra and Lord Jagannath) Padma Bhesa (Lotus attire) on February 14, which falls on coming Sunday.

This apart, Mr Kumar said the devotees will now also be allowed to partake mahaprasad in Anand Bazaar.

Anand Bazaar is an area located on the right side of approaching 22 steps of the temple’s eastern gate where a number of traditional (bhoga) sweet stalls are located.

There is also a sit out place earmarked for the visitors with water facilities. Having holy food there is regarded very auspicious.

The revised rules of the world-famous temple will come into effect from February 12, Mr Kumar said, adding all people including the residents of Puri can have darshan si of the deities by 6 am every day.