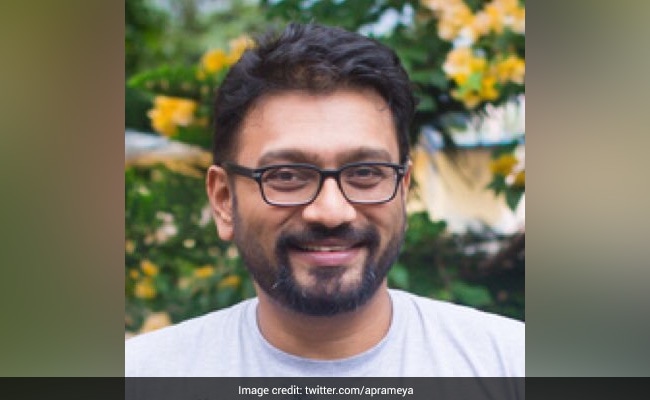 Aprameya R is CEO of Koo, an Indian microblogging website

The co-founder and chief executive of microblogging website Koo said the latest funding for the company “is led by a truly Indian investor” as the website gains traction amid the row between the government and Twitter.

Koo co-founder Aprameya R also said a firm, Shunwei, which had invested in a vernacular question and answer sharing app “Vokal” owned by the same company that runs Koo, “will be exiting fully”.

Vokal had raised funds from China-based Shunwei Capital in 2018.

Both Koo and Vokal are run by Bombinate Technologies Pvt Ltd.

The government’s several ministries and departments have opened verified accounts on Koo and posted official statements – similar to what they have been doing on Twitter – in response to a blog post by Jack Dorsey’s company on its policies over closing and blocking accounts and taking down content.

“Koo is an India registered company with Indian founders. Raised earlier capital 2.5 years ago. Latest funds for Bombinate Technologies is led by a truly Indian investor 3one4 capital. Shunwei (single digit shareholder) which had invested in our Vokal journey will be exiting fully,” Aprameya R tweeted.

Koo is an India registered company with Indian founders. Raised earlier capital 2.5 years ago. Latest funds for Bombinate Technologies is led by a truly Indian investor 3one4 capital. Shunwei (single digit shareholder) which had invested in our Vokal journey will be exiting fully

Koo has been praised by some on social media as India’s answer to “foreign” Twitter playing the class monitor on its network. Those who claim Twitter has been biased in regulating content have led the call to join Koo in big numbers.

“Koo takes pride in being an Indian company with Indian founders and in being registered here. The recent investment in Bombinate Technologies – Koo’s parent company – was by Mohandas Pai of 3one4 Capital, an Indian investor. Shunwei, a single-digit shareholder that had invested in Vokal, another start-up of ours which answers user questions in Indian languages, will be exiting fully,” Koo said in a statement to NDTV today.

Electronics and Information Technology Minister Ravi Shankar Prasad today told parliament that strict action will be taken if social media is misused to spread fake news and fuel violence. Specifically naming Twitter, Facebook, YouTube and LinkedIn in Rajya Sabha, the Union Minister said “you have millions of followers in India, you are free to do business and make money, but you will have to follow the Indian Constitution”.

The centre and Twitter have engaged in some sharp exchanges for the past few days over the issue of free speech and its legal limits in the country.

<!-- -->Twinkle Khanna shared this photo. (Image courtesy: twinklerkhanna)HighlightsTwinkle shared a video of herself and Nitara on Wednesday She can be seen...
Read more