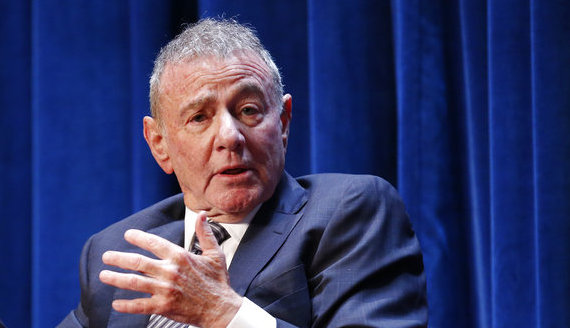 Attorney Howard Weitzman, who had a client list including Michael Jackson, O.J. Simpson, Marlon Brando, Morgan Freeman, Arnold Schwarzenegger, Ron Meyer and CAA, has died at the age of 81.

The Kinsella Weitzman Iser Kump & Aldisert founding partner passed away Wednesday in his hometown of Los Angeles from cancer.

One of the first lawyers to withdraw from defending NFL superstar Simpson in his infamous criminal trial for the murders of his former wife, Nicole Brown Simpson, and her friend, Ron Goldman, Weitzman was a powerhouse among the sharp elbows of Hollywood attorneys. Unlike many in his the upper echelon of his profession, Weitzman worked both sides of the Hollywood power game. Having served as EVP, Corporate Operations for Universal Studios from 1995-1998, the Class of 1965 USC Law Center grad also taught at his alma mater for over a decade.

However, it was in often relentless service to his clients that the quick-witted and strategic Weitzman made his mark in legal circles.

After the death of the King of Pop in 2009, Weitzman worked with fellow lawyer John Branca and recording executive John McClain to turn Jackson’s estate from deep in the red. Within a few years the estate was flourishing, in no small part thanks to $750 million sale of the performer’s lucrative 50% stake in Sony/ATV Music Publishing to Sony Corp that Weitzman helped orchestrate.

As recently as late last year, Weitzman continued to fly the Thriller singer’s flag in repping the Jackson estate in its $100 million battle against HBO over its Leaving Neverland documentary and its claims of the performer’s sexual misconduct with young boys. Pulling out a decades-old contract between Jackson and the premium cabler over a concert film, Weitzman was successful in convincing the courts to take the matter to arbitration, even over an appeal from HBO.

A two-time recipient of the Jerry Geisler Memorial Award as the outstanding trial lawyer in Los Angeles County, Weitzman is survived by his wife Margaret and his two sons.