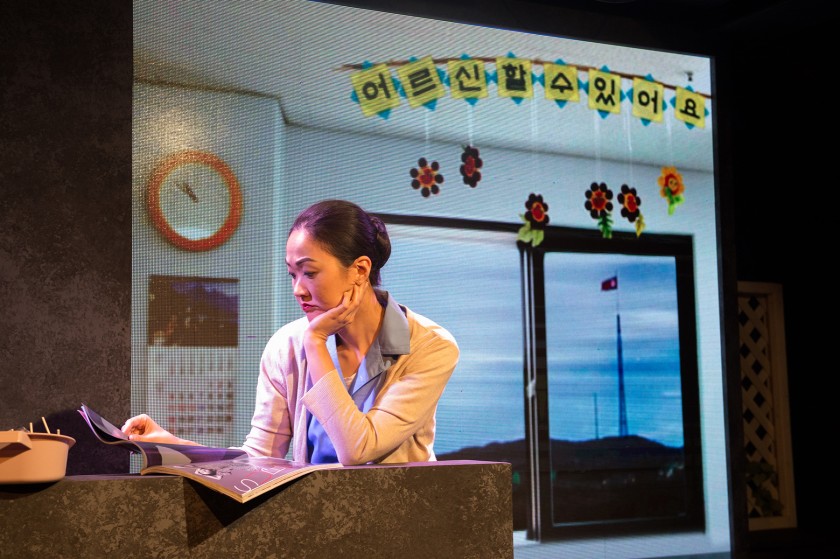 The L.A. Stage Alliance, the 46-year-old nonprofit service organization behind the Los Angeles-area’s annual Ovation theater awards, has ceased operations following the mass resignation of members last week sparked by the misidentification of an Asian actress during the awards ceremony.

“It is with deep regret that the Board of Governors has unanimously decided to cease all operations for L.A. Stage Alliance,” the organization tweeted this morning.

“We have come to this conclusion with a heavy heart,” the statement reads, adding, “We’ve had many challenges like many other organizations and at this time we are unable to continue.”

Read the entire message below.

Last week, more than 25 Los Angeles area theater companies, including the Geffen Playhouse, the Pasadena Playhouse and the Deaf West Theatre, revoked their memberships in the Alliance after the nonprofit organization misidentified and mispronounced the name of Asian actress Jully Lee at an awards show earlier this week.

The L.A. Stage Alliance issued an apology and pledged to undertake “a visible and transparent transformation.”

The incident occurred last Tuesday night at the virtual Ovation Awards for local theater productions. Lee’s first name was mispronounced when the nominees for best featured actress were read, and a photo of another Asian actress was shown onscreen.

Lee was nominated for her performance in Jiehae Park’s Hannah and the Dread Gazebo, a co-presentation of East West Players and the Fountain Theatre. The following day, East West Players left the organization, posting an Instagram statement saying, in part, “The mispronouncing of our names combined with the sentiment that all Asians look alike is not new. However it particularly stings when the evening is supposed to be about raising the visibility of LA’s theater community and celebrating our artists.”

East West also decried the Alliance’s traditional practice of recognizing only one theater per production, even in the cases of co-presentations or co-productions. “Every time East West Players co-produces in an effort to bring Asian American actors more visibility in LA theatres, the other, predominantly white organization is solely listed and uplifted,” the company’s statement read.

In solidarity, a growing number of theater companies revoked their memberships from the Alliance throughout the week, including the Pasadena Playhouse, Geffen Playhouse, Center Theatre Group, Deaf West Theatre, A Noise Within, Rogue Machine, Boston Court, Latino Theatre Company, Playwrights’ Arena, 2 Cents Theatre Group, Will Geer’s Theatricum Botanicum, Inkwell Theater and Artists At Play, among others. (Deaf West Players, whose acclaimed production of Spring Awakening won a 2016 Ovation and was nominated for three Tony Awards, also cited the Alliance’s failure to provide closed captioning and ASL interpreting as a reason for its departure.)