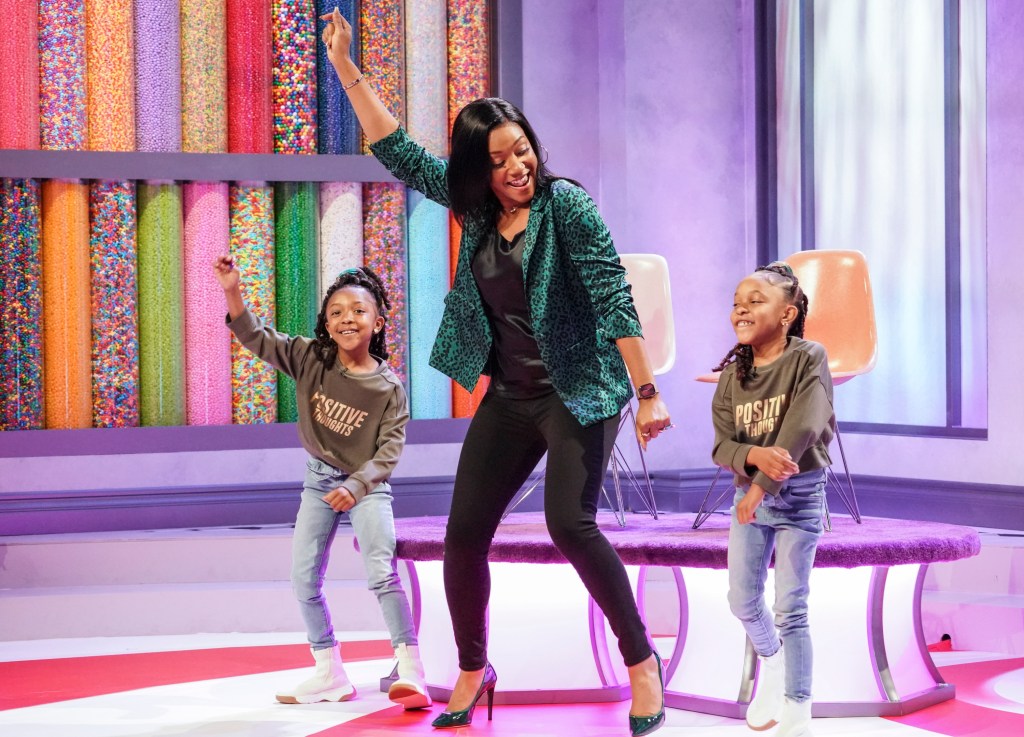 Tiffany Haddish-fronted variety series Kids Say The Darndest Things is set to premiere on CBS in May – coming a year after ABC cancelled the reboot.

It’s an example of a network saving a show co-produced by its sister studio, something that is much more common on the scripted side.

Exec producer Eric Schotz, who runs Anvil 1893 Entertainment, which is producing the series with CBS Studios, told Deadline, “I would be lying if I didn’t say it was a little surprising because at the time we were the number one co-viewing family show. The diversity on show was organic and natural and we paid a lot of attention to it – our show looked like a rainbow, especially to everything else that’s on the air.”

But he said while the economics didn’t work for ABC, it did for CBS, which owns the IP and the international distribution rights to the show and format. “This was positioned perfectly,” he added. “Bringing it to CBS, it’s the right show at the right time.”

The show, which features children giving their unvarnished views on the world, premieres on May 5 at 8pm and will return as half-hours rather than hours. Viewers won’t notice much difference, Schotz (left) said. “We had to make it different, but the differentiation is a nuance. It’s not necessarily let’s nuke it because we had Tiffany hosting kids. There’s a signature part of the show where there are kids on the panel talking to the host. That’s what people tuned in to see.”

He said that research showed that viewers liked the fact that it was an adult show that featured children, rather than a particularly family-focused show, but still allowed for co-viewing.

Schotz said that the key was Haddish’s interactions with the children. “She deals with kids on their own level, that’s the magic formula there. She understood that she’s not the one that has to be funny. That’s the hardest thing to teach a comedian. You don’t have to make the jokes. You just have to react to it, give a look to the camera. She can play with them at a level, get down on the ground with them.”

He calls the CBS version “faster” and “tighter” as a result of moving to a half-hour. “We’re not trying to stretch material to cover it,” he said.

Covid meant that there was no audience, but that became a boon for the team. “We found that some of the kids shined without the audience. It worked better for them because they weren’t playing to somebody. If you’re five years old and there’s 250 people clapping and you’re being told what to do, you’ve been there all day that could be a little overwhelming at times.”

Haddish is also an exec producer on the show, but Schotz said that she’s genuinely earning her crust. “She does sit in our meetings and go over the kids and ideas. She’s not phoning it in. She’s not saying ‘I’m a celebrity don’t talk to me’. She’s putting in the time that it takes to be a celebrity executive producer, which is much more important than just by title.”

Anvil 1893 Entertainment is now looking to strike while the iron is hot with a slew of other ideas in development and a handful of series orders on the horizon. Schotz is keen to find more IP that he can bring to talent and is also looking at areas that are currently not on television.

One is a mix of non-scripted comedy entertainment and animation. “That was never affordable before but can be done now. I believe that comedy is the one thing that’s missing from our landscape overall. You’re talking to a guy who’s done a lot of murder and crime shows but I think there’s a need for that right now,” said the producer of Discovery ID’s Murder Book and The Coroner: I Speak For The Dead.

He’s also looking at competition formats, without elimination, and is trying to crack the Constitution. “I believe that it’s the one document that’s become the most relevant document in some way, and we’re trying to figure out what’s our take to make it, what’s the mass appeal. How do you say the word constitution and people don’t curl up in a ball? That’s the challenge. It’s been topical in terms of our lives. How do we translate that to entertainment value?”

“More than ever people are taking big, bold swings and networks want to see that. We’re not risk averse. Take the risk, what’s the worst that could happen? Once you get the reboots out of the way, it’s a phase, I think there’ll be a wave of original programming,” he added.