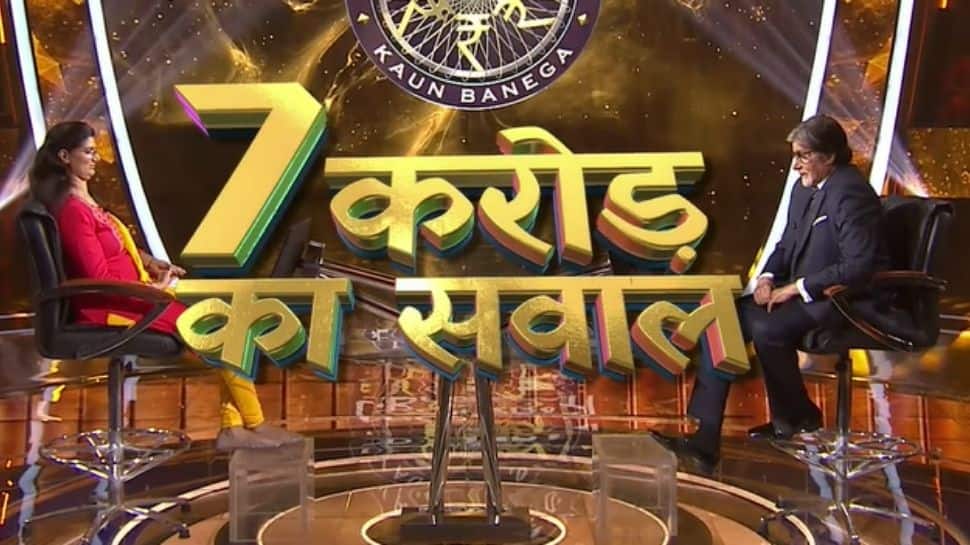 New Delhi: In Amitabh Bachchan’s show Kaun Banega Crorepati 13’s latest promo, we’re introduced to the first crorepati of the season – a visually impaired woman Himani Bundela. She correctly answers the 1 crore question and then, in the promo, is shown to be risking it all to go to the 7 crore question.

In the emotional promo, we see Amitabh Bachchan guiding her to her seat on the stage. We’re shown snippets of Himani’s life where her friends describe her as a vivacious person and a ‘bindaas’ woman. Himani also talks about her main aim of coming to the KBC show – to create help centres for divyang children or children with special abilities. She expressed that she wants to create a centre for them in every school.

Amazingly, she answers the 1 crore question correctly becomes the first crorepati of the season. Taking it up a notch, Himani decides to answer the 7 crore question and now fans are eagerly waiting to see if she aces that as well.

Check out the latest promo:

Kaun Banega Crorepati (KBC 12) is a game show based on the British TV programme titled ‘Who Wants to Be a Millionaire?’. Big B has been associated with it for 11 seasons, and Shah Rukh Khan hosted season 3 of KBC.

KBC was first telecast in India back in 2000, therefore this year it completes two decades of its successful innings on television.

Viewers can tune into Sony Entertainment TV on 30th-31st August to watch if Himani Bundela answers the big question. The show airs from Monday-Friday at 9 pm.

Liquid Media Group Ltd. has entered into a strategic partnership with film packaging, financing and distribution marketplace Slated, which will further enhance the...
Read more
World