Kasi Lemmons to Direct Whitney Houston Biopic “I Wanna Dance With Somebody,” Naomi Ackie to Star 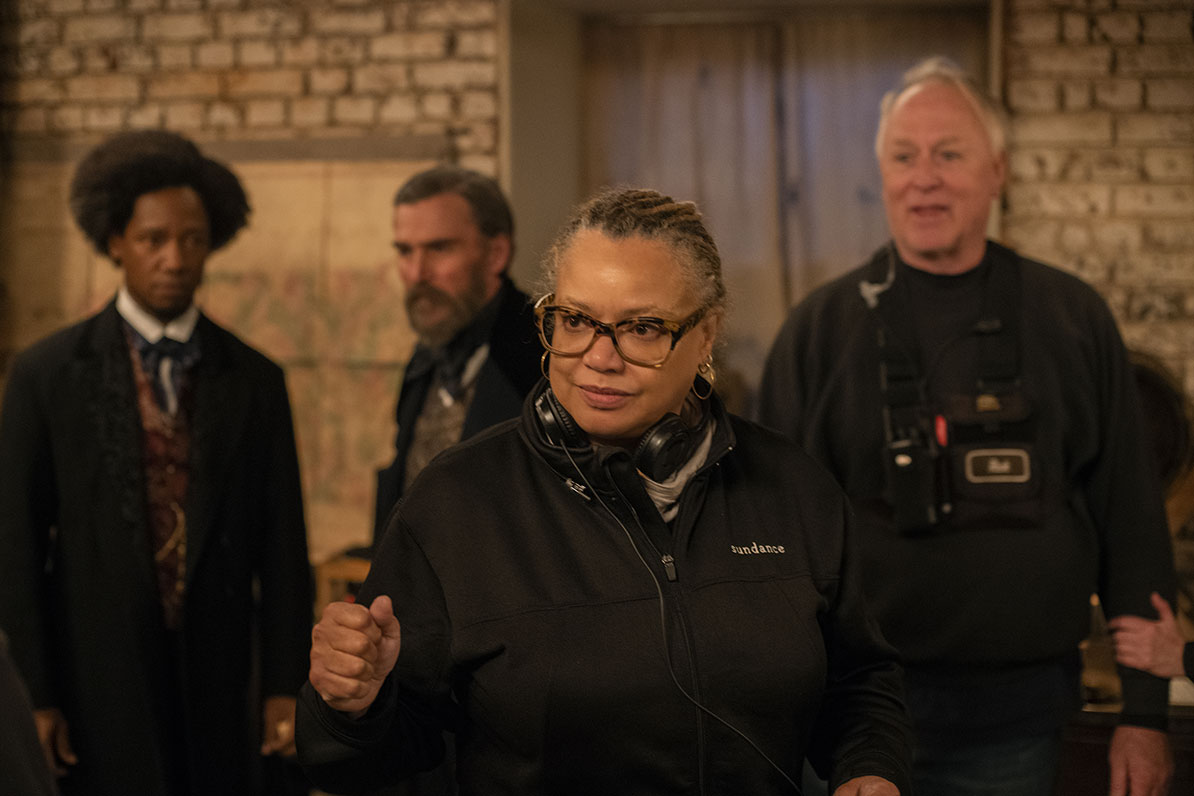 Just a few weeks after the Aretha Franklin biopic “Respect” hit theaters there’s word that another female music icon is getting her own feature film. “Harriet” and “Eve’s Bayou” filmmaker Kasi Lemmons is directing Sony and TriStar Pictures’ Whitney Houston biopic “I Wanna Dance With Somebody,” with “Master of None: Moments in Love” breakout Naomi Ackie set to star as the late artist. Deadline broke the news.

Stella Meghie (“The Photograph”) was previously attached to helm the film, and is staying on as an exec producer. Pat Houston is producing on behalf of the Houston Estate.

Named for one of Houston’s many hits, “I Wanna Dance With Somebody” will take an “emotional, energetic journey” through her career and life. It is scheduled for a Thanksgiving 2022 theatrical release.

“Early in my writing career I developed two projects for Whitney and I had the opportunity to meet her,” Lemmons recalled. “She was a tremendous, incomparable artist and her story is as awe-inspiring as it is tragic. I feel privileged to be part of bringing her life story and music to the audience.”

Ackie landed the starring role after “a spirited auditioning process that saw a number of actresses vying” to play Houston, Deadline reports. “Preparing to play Whitney Houston has been an incredible experience,” Ackie said. “I’ve learnt so much more about her and myself than I could have imagined. I’m so excited to get on that film set and honor her legacy! With Kasi on board, I know we can create something truly wonderful.”

A six-time Grammy winner, Houston’s best-known songs include “I Will Always Love You,” “Greatest Love of All,” “How Will I Know,” and “I’m Every Woman.” She sold more than 200 million records worldwide, and acted in projects such as “The Bodyguard” and “Waiting to Exhale.” She died in 2012.

Posthumously, Houston became the first Black recording artist to win three RIAA Diamond albums. She was also the subject of two documentaries, 2018’s “Whitney” and 2017’s “Whitney: Can I Be Me.”

“Talk to Me,” “Black Nativity,” and episodes of “Self Made: Inspired by the Life of Madam C.J. Walker” are among Lemmons’ other directorial credits. Her upcoming slate includes directing on “Women of the Movement,” an ABC anthology series whose first season will focus on Mamie Till-Mobley, whose son Emmett Till was murdered by two white men in the Jim Crow South, and developing feature film “The Shadow King” and series “Ring Shout.” The former is about the Ethiopian women soldiers of WWII, while the latter is a sci-fi take on the 1920s South starring KiKi Layne.

Ackie’s credits include “Small Axe: Education,” “The End of the F***ing World,” and “Star Wars: Episode IX – The Rise of Skywalker.” She served as exec producer on “Moments in Love,” the most recent season of “Master of None,” which centered Lena Waithe’s character, Denise, and her wife, Alicia, played by Ackie.