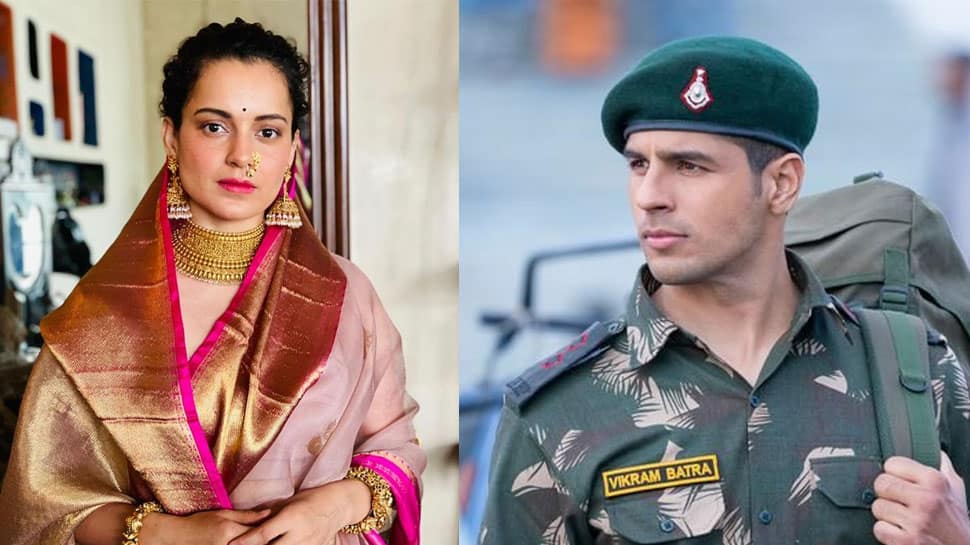 Mumbai: Actress Kangana Ranaut has heaped praises on the film ‘Shershaah’ which has been produced by Karan Johar, with whom she has been in a feud for a very long time.

Kangana took to her Instagram story on Thursday, where she posted a picture of Param Vir Chakra awardee Captain Vikram Batra, who attained martyrdom in the 1999 Kargil War.

She wrote: “National hero Vikram Batra was a Himachali boy from Palampur, very popular and loved soldier. When the tragedy happened, news spread like wildfire in Himachal, it slid through our hearts. As a kid, I remember being tormented for days.”

Kangana then shared a picture of actor Sidharth Malhotra, who plays Captain Vikram Batra in ‘Shershaah’, which is co-produced by Karan’s Dharma Productions.

She wrote: “Sharing a picture of Sidharth Malhotra from the film. What a glorious tribute @sidmalhotra. Congratulations to entire team. It was a big responsibility and you all excelled #shershaah.”

The actress, who is often surrounded by controversies, hit the headlines in 2017 when she called filmmaker Karan Johar “intolerant” towards outsiders and a “flagbearer of nepotism” who only backed industry kids, on his popular chat show ‘Koffee With Karan’.

<!-- -->Last month US officials conceded the drone attack was an error. (FIle)Washington: The United States said Friday it has offered to pay...
Read more
India