Home World Kabul Blasts Put ISIS Back Into US Sights

Kabul Blasts Put ISIS Back Into US Sights 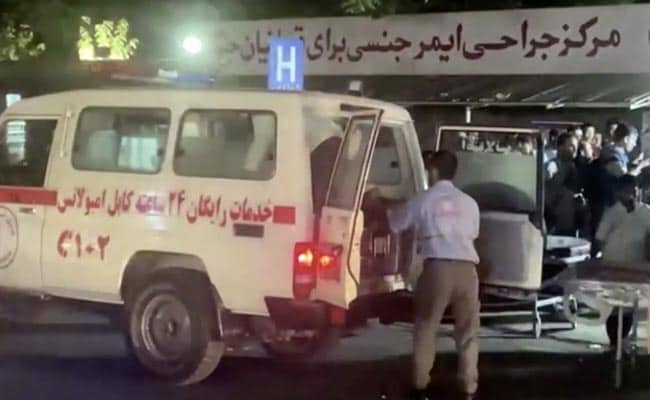 Islamic State said it had carried out the attack in Kabul.

US military commanders vowed to hunt down the leaders of Islamic State after Thursday’s suicide bomb attack on Kabul airport, pledging to exact revenge on the long-time U.S. adversary for the deaths of dozens of Afghans and U.S. troops.

“We will not forgive. We will not forget. We will hunt you down and make you pay,” U.S. President Joe Biden said in emotional remarks at the White House, promising that group’s actions would not stop a mass evacuation airlift.

Islamic State Khorasan (ISIS-K), an affiliate of terrorists who previously battled U.S. forces in Syria and Iraq, said it had carried out the attack, which killed dozens of people – including Afghans who were trying to leave the country and at least a dozen U.S. service members.

In claiming responsibility, Islamic State said a suicide bomber “managed to reach a large gathering of translators and collaborators with the American army at ‘Baran Camp’ near Kabul Airport and detonated his explosive belt among them, killing about 60 people and wounding more than 100 others, including Taliban fighters.”

A Taliban official told Reuters the group arrested an ISIS fighter at the airport a few days ago and under interrogation he told them about plans for attacks. In response, the Taliban said it postponed gatherings in public places and advised its top leaders not to gather.

Biden said he had ordered military commanders to develop plans to strike ISIS assets, leaders and facilities. “We will respond with force and precision at our time at a place we choose in a moment of our choosing,” he said.

He said the United States had an idea of who had ordered the attacks, although it was not certain.

ISIS-K is a sworn enemy of the Taliban. But U.S. intelligence officials believe the movement used the instability that led to the collapse of Afghanistan’s Western-backed government this month to strengthen its position and step up recruitment of disenfranchised Taliban members.

Thousands of U.S. troops have deployed to Kabul’s airport to conduct a massive airlift of U.S. citizens, Afghans who helped U.S. forces and others who fear for their freedom and safety now that the Taliban has seized power in Afghanistan.

“We have put more than 5,000 U.S. service members at risk to save as many civilians as we can. It’s a noble mission. And today, we have seen firsthand how dangerous that mission is,” Marine General Frank McKenzie of U.S. Central Command told reporters at the Pentagon. “ISIS will not deter us from accomplishing the mission, I can assure you of that.”

He warned more attacks were expected, although the military was doing everything possible to prepare.

Thursday’s attack also underscored concerns over the U.S. counterterrorism capability in Afghanistan, with no U.S. troops or reliable partners left, jails emptied of militants and the Taliban in control.

Washington went to war in Afghanistan after the Sept. 11, 2001, attacks by militants who had found safe harbor in the country when it was last ruled by the Taliban.

Independent U.N. experts had already told the Security Council in a report published last month that ISIS-Khorasan had expanded its presence to several provinces, including Kabul, and that fighters had formed sleeper cells.

“The group has strengthened its positions in and around Kabul, where it conducts most of its attacks, targeting minorities, activists, government employees and personnel of the Afghan National Defence and Security Forces,” the report said.

U.N. Secretary-General Antonio Guterres reported to the Security Council in June that attacks claimed or attributed to ISIS-Khorasan increased to 88 between March and June, compared with 16 during the same period in 2020.

<!-- -->Deripaska's representative said the raids were carried out on the basis of two court warrants.Washington: FBI agents on Tuesday raided Washington and...
Read more
World

<!-- -->Antony Blinken said US State Department was in close contact with Haiti government. (File)Washington: The United States on Tuesday vowed to do...
Read more