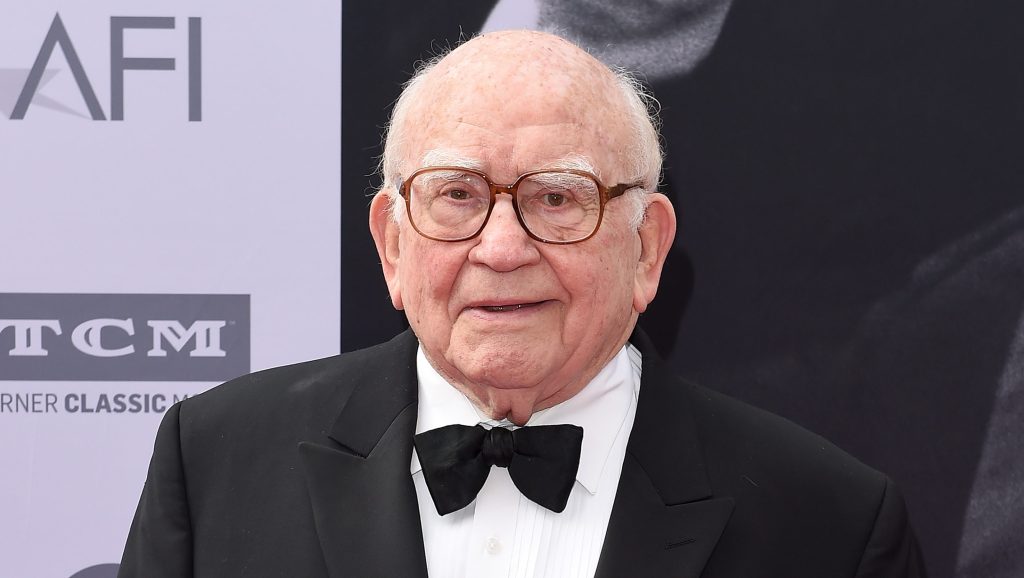 The day after former SAG president Ed Asner’s death, a federal judge indicated Monday that she is inclined to allow the class action lawsuit that bears his name to proceed against the SAG-AFTRA Health Plan and its trustees.

Earlier today, U.S. District Court Judge Christina A. Snyder issued a tentative decision (read it here) that denied the Plan’s motion to dismiss the case. A virtual hearing was then held to allow attorneys from both sides – seven in all – to make arguments about why she should or should not uphold her tentative decision, which will allow for discovery to proceed once it’s made final.

At the end of the hearing, Snyder said that she will look at a few points that the defendants’ attorneys made today, but cautioned that she does “not expect” to make any major changes to her tentative decision. Then she added: “Just as it’s never too late to settle, it’s never too early to settle.”

In Edward Asner et al versus the SAG-AFTRA Health Plan et al, Asner and nine other SAG-AFTRA members allege that changes to the Plan’s eligibility requirements earlier this year “illegally discriminate based on age and violate the Age Discrimination and Employment Act of 1967,” and are a breach of fiduciary duty under the Employee Retirement Income Security Act (ERISA).

“I understand that discovery can be burdensome,” the judge told the attorneys today. “I hope you all work together to keep it as efficient and limited as possible. I don’t think the plaintiffs have a lot of deep pockets, either, so I think we have a lot of very able lawyers here and you ought to be able to work things out if you proceed. But I do think the plaintiffs have successfully alleged claims for relief.”

Count III is for breach of fiduciary duty by a co-fiduciary in violation of ERISA against the SAG Health Plan Board of Trustees and the SAG Trustee Defendants in connection with the ERISA violations alleged in Count I.

Count IV is for breach of fiduciary duty by a co-fiduciary in violation of ERISA against the SAG-AFTRA Health Plan Board of Trustees and the SAG-AFTRA Trustee Defendants in connection with the ERISA violations alleged in Count II.

“At this stage, it is inappropriate to assess the evidence or make determinations about the effect awareness of the Plan’s financial condition would have had on the Codified Basic Agreement negotiation and approval processes.” The judge said in her tentative decision. “Defendants may renew these arguments on a motion for summary judgment upon a developed factual record. Accordingly, defendants’ motion to dismiss plaintiffs’ claim for breach of ERISA fiduciary duty in Count II for failure to disclose is DENIED.”

The judge, in great detail, went through the history of the case leading up to today’ tentative decision.

On April 30, 2021, defendants moved to dismiss the first amended complaint and filed a memorandum of law in support of their motion. Defendants also filed a request for judicial notice of six exhibits. On June 1, 2021, plaintiffs filed their opposition to defendants’ motion to dismiss.

The case has its roots in the 2012 merger of SAG and AFTRA to become SAG-AFTRA. Prior to the merger, pension and health benefits were provided to the respective members of SAG and AFTRA by separate pension and health plans that were collectively bargained and subject to ERISA. A group of SAG members unsuccessfully attempted to prevent the merger through litigation, arguing that SAG had not adequately studied, evaluated, or disclosed the impact of the merger and that the expected future mergers of the SAG and AFTRA health and benefit plans would adversely impact SAG members.

During that litigation, the judge wrote, “the SAG members submitted the declaration of Alex M. Brucker, whom plaintiffs allege is an expert in pre-merger due diligence for ERISA plan mergers. In his declaration, Brucker stated ‘you cannot merge a rich plan (SAG) with a relatively poor plan (AFTRA) and thereby produce two SAG level plans. Either benefits must be cut or contributions must be increased. Studying this issue is the due diligence required.

“Plaintiffs allege that SAG asserted that any future merger of the unions’ benefit plans would be within the purview of the benefit plan trustees, who would determine whether a merger was in the best interests of the participants and their beneficiaries.

“SAG Health Plan Trustee John McGuire, a defendant here, submitted a declaration stating that the SAG Health Plan was governed according to the SAG Health Plan Trust Agreement. SAG also submitted a ‘Feasibility Report’ by attorney Deborah Lerner, which stated that ‘acting as plan fiduciaries, a majority of the trustees of each plan would have to conclude separately that a merger would be in the best interests of their plan participants. Because there is no legal requirement multiemployer plans be merged merely because the sponsoring Union of such plans has merged with another Union, each plan’s board of trustees is free to accept or reject any merger proposal.

“The Lerner Report also stated that ‘where a plan’s governing documents provide that the trustees’ actions are taken in a fiduciary capacity, the United States Department of Labor has clarified that their actions to establish, amend, design, merge or terminate a plan are also taken in their capacities as fiduciaries of the plan.’”

In her tentative ruling, the judge noted that the plaintiffs allege that at the time of the merger of the health plans, SAG-AFTRA president Gabrielle Carteris, who is not a defendant in case, “stated that the merger would position the new health plan to be financially sustainable for all members for years to come.” In a letter to SAG-AFTRA members in the summer of 2016, defendant David White stated that the Health Plans Merger “is tremendous news for our membership on many fronts. Fully 65,000 souls who depend on these plans will become beneficiaries of a single, financially strengthened plan that offers automatic family coverage for all participants.”

Initially, the merged SAG-AFTRA Health Plan continued to provide Senior Performer Coverage to both SAG and AFTRA participants. Senior Performer Coverage provided the Union health benefit to members (and their qualified dependents and surviving spouses) who were age 65 and older and receiving a pension from either the SAG pension plan or AFTRA pension plan, as long as they had obtained a certain number of Union pension credits from years of service.

But the SAG­-AFTRA Health Plan’s 2017 Summary Plan Description stated that future benefits “are not promised, vested or guaranteed” and reserved the right to “reduce, modify or discontinue benefits or the qualification rules for benefits at any time.”

On August 12, 2020, the SAG-AFTRA Health Plan announced modifications to its benefit structure that the Plan stated were driven by its dire financial condition. The Benefit Amendments included the elimination of Senior Performer Coverage, which previously entitled participants and their dependents and surviving spouses to a lifetime of SAG-AFTRA health benefits at age 65 upon accruing 20 years of vested pension service.

The lawsuit alleges that amendments to the eligibility requirements “disqualified residuals earnings of participants age 65 and older who are taking a Union pension from counting toward earnings-based eligibility for the Union health benefit,” and that the changes “immediately set the base earnings year for all participants 65 years of age or older to October 1-September 30.” They also allege that this change “unfairly limited the time for these affected older participants to urgently pursue sessional opportunities,” and that these changes to earnings-based eligibility “targeted participants age 65 and older to prevent these participants from obtaining the Union health benefit.”

They also allege that the Benefit Amendments “impose penalty on participants age 65 and older who take a Union pension, as participant’s decision whether to take a vested pension is taxed with the loss of residuals earnings toward the Union health benefit,” and that participants who will no longer qualify for the health benefit have funded the SAG-AFTRA Health Plan’s fund reserve throughout their careers and that their contributions to the health plan will continue to be made at the same rate.”

They also claim that the SAG-AFTRA Health Plan Board and the SAG-AFTRA Trustee Defendants breached their ERISA-imposed fiduciary obligations in connection with their alleged failure to disclose the Plan’s funding shortfall, despite the opportunity to remedy the shortfall by securing additional funding through the negotiation and approval processes for three major contract negotiations.

Defendants argue that their alleged failure to disclose the Plan’s funding shortfall during the negotiation and ratification of three Codified Basic Agreements in 2019 and 2020 cannot subject them to ERISA’s fiduciary duty rules because they were not undertaken in a fiduciary capacity.

In response, plaintiffs cited case law suggesting that “an ERISA fiduciary has an obligation to convey complete and accurate information material to the beneficiary’s circumstances, even when a beneficiary has not specifically asked for the information.”

Plaintiffs also contend that “the SAG-AFTRA Health Plan Trustees had been working nearly every day since mid-2018” to address the SAG-AFTRA Health Plan’s structural imbalance, but withheld this information, even though it “was vitally important to the Plan participants and their representatives” in connection with the contract negotiation and approval processes that affect the funding of the Plan.