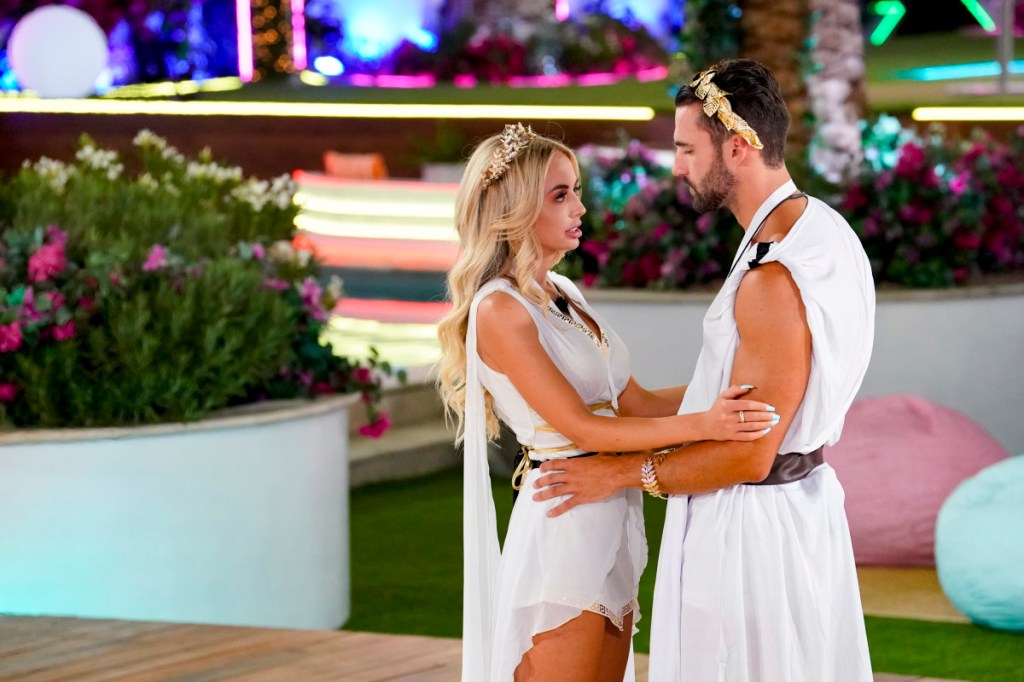 ITV America, the production company behind CBS’ Love Island, Fox’s Hell’s Kitchen and ABC’s The Chase, is banking on a non-scripted boom.

The company has also sold a slew of projects to the streamers in recent months and is retooling a raft of international formats that it hopes that bolster its business further.

CEO David George tells Deadline which of these it has high hopes for and how the business is changing, forcing it to adapt its unscripted strategy.

George believes that long-running British format Come Dine With Me is perfect post-pandemic fodder and is also in talks to bring back a retooled version of I’m A Celebrity… Get Me Out Of Here.

Come Dine With Me (below), which has aired over 1,000 episodes in the UK on Channel 4, follows a group of amateur chefs who host a three-course dinner party. The show has previously been remade in the U.S. for TLC and Lifetime. George said it’s a priority for the producer.

“We all kind of collectively at ITV feel like if that show was ever to get a facelift and a rethink, right now would be the best time because the only thing people want to do [now] is go dine with somebody,” he said.

He added that it is looking to “throw the format on its head” and reimagine it given how topical and timely it is. He’s already thought of a few ideas.

“You could hold dinner parties where people are watching and it becomes mystery science theater, and you’re watching Netflix in the background while you’re eating, so Netflix, if you want to buy that, feel free to give me a call,” he said. “There’s just so many different ways to skin the cat with it, and you can go high end, huge dinner parties, celebrities traveling the world. Maybe that’s the way you go because people want to travel or you could go really lo-fi, and make it another event, as opposed to just the experience of the dining.”

The other format that it is hot on is I’m A Celeb, which was remade by ABC in 2003 and NBC in 2009. In the UK, broadcaster ITV moved the show from Australia to Gwrych Castle in Wales as a result of the pandemic and George and his team are in conversations to see if a similar set up could work in the U.S.

These come on the back of selling buzzy whodunit cooking format Rat In The Kitchen to TBS.

The company is also ramping up its own domestic U.S. development and George revealed that it has just sold a big survival cooking competition. It is also out pitching I’d Do Anything For Love (But I Won’t Do That), a relationship format with Meatloaf based on his iconic rock hit. This show is developed by Nobody’s Hero, the production company set up by Christopher Potts and Jonty Nash — two of the creatives behind Netflix’s Nailed It!, who struck an overall deal with ITV America last year.

George said the pair come up with the “craziest” and “wildest” ideas and believes that the non-scripted business will see more of these partnerships in future with another big deal coming down the track. “Building infrastructure is a gigantic nightmare, and it’s much easier for creative people to stay creative if they’re only focused on the ideas and not squarely running the business, and frankly, the market can’t sustain the number of production companies that had sustained so long ago because those linear hours aren’t going to be there,” he said.

The former MTV exec believes it’s a fantastic time to be an entertainment producer as all of the broadcast networks search for new ideas and the streamers are making big strides in unscripted.

He said that the Queer Eye producer has sold five or six series to Netflix in the last six months including a high-end crime doc miniseries, a cooking competition and a big gameshow. George said that the challenge now is figuring out which business model works for each show.

“We had a show in the UK that Netflix wanted to commission, and ultimately because of some of the creative constraints that were around it, we made a decision that we didn’t want that to happen in the UK, and that we wanted to bring it here to the States and pitch it, and ultimately, ended up selling it to a broadcaster,” he said. “Conversely, we actually got an offer on a broadcast show, it was actually Nobody’s Hero project, and the terms were so bad on it, we flipped it and sold it to Netflix. It’s the tale of the two models.”

Over the next twelve months, George believes dating formats and “zany” and “outlandish” gameshows will be the order of the day as people look to forget the pandemic. But he’s also concerned that there might be a dip in viewing once people are able to leave their houses – views echoed recently by Adult Swim President Michael Ouweleen.

“I am concerned because people are not going to be in front of their television sets anymore, you know, like the last thing you want to be doing is sitting in front of a television set long-term after being in front of one for a year, but at the same time, it’s a great time because all of these streamers need new shows that are loud, and bold, and broad, and you’re going to see a resurgence in big formats period.”

ABC’s The Chase is looking good for a renewal and next up for ITV America is season three of Love Island, which is currently in pre-production. The U.S. version of the British dating format is heading to Hawaii for the third run after being in Las Vegas last year due to the pandemic. “The first season was a bit of a learning curve for both us and CBS in terms of how you actually do it, the second season was a lesson in creative production but… in a strange way, you know, the pandemic actually helped Love Island,” he said.

The company will continue to do post-production in Los Angeles, giving them more flexibility to turn the show around quickly. Content will also feature on Paramount+ for the first time, which George believes will help the format. “It’s a bit of a hybrid model this year,” he said. “It’s a [glimpse] of what the future of that franchise can be, like if it can live in both places, it just becomes that much more valuable to CBS Viacom, so you know we’re really, really optimistic.”