Home Top Stories "It's Not Easy On Her, She's Keeping Her Spirits Up"

“It’s Not Easy On Her, She’s Keeping Her Spirits Up” 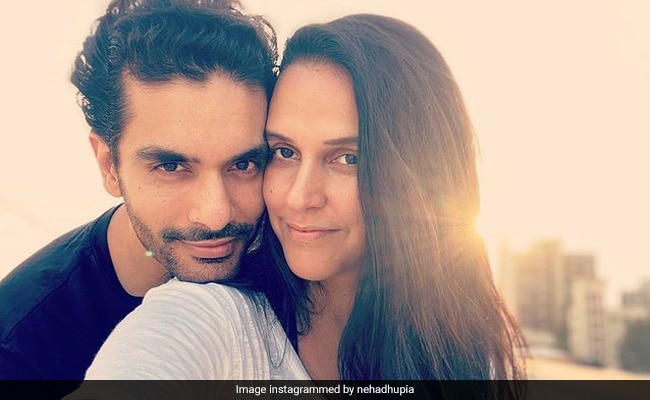 Angad Bedi, in an interview with Pinkvilla, said that Neha Dhupia’s health and well-being is his primary concern during her second pregnancy. Neha and Angad are expecting their second child – they recently made the pregnancy announcement in social media posts. The couple are parents to two-year-old daughter Mehr. Speaking to Pinkvilla, Angad Bedi opened up about mom-to-be Neha Dhupia’s pregnancy journey and said: “Because she is pregnant again after almost three years… It’s a different experience and not easy on her.” Neha and Angad had a low-key wedding in May 2018, when the actress was already pregnant with Mehr.

Talking about Neha’s busy routine, Angad added: “But she is keeping her spirits up, working and finishing all her projects keeping the timelines in mind. We are happy to bring in a new family member soon. For me, her health is of prime importance.” About their decision of expanding their family of three, Angad added: “We had discussed thinking of having a sibling for Mehr. But we didn’t know, it would be so soon. We are grateful that it has happened at the right time.”

On Monday, the couple announced their second pregnancy with this post on Neha Dhupia’s Instagram: “Took us two days to come with a caption…The best one we could think of was … Thank you, God. #WaheguruMehrKare,” while Angad Bedi added: “New Home production coming soon…Waheguru mehr kare.” Neha also shared a heart-warming photo, in which Angad can be seen cradling her baby bump with Mehr adorably joining the duo.

On Tuesday evening, Neha and Angad checked into Instagram to thank their followers for showering them with congratulatory messages. They even asked their fans to share baby name suggestions.