It’s Manoj Bajpayee Vs Neena Gupta In Race Against Time 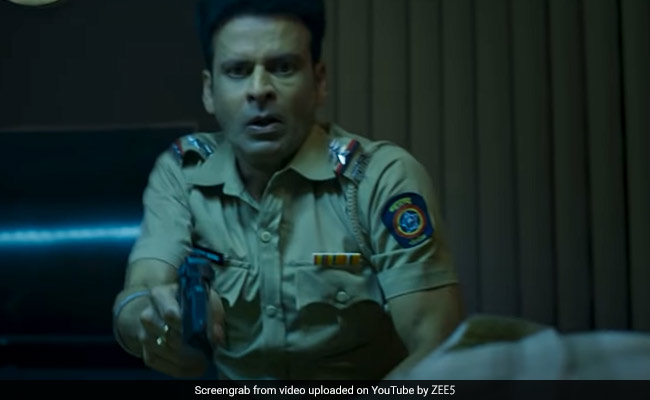 Manoj Bajpayee in a still from Dial 100 trailer (courtesy YouTube)

The trailer of Manoj Bajpayee and Neena Gupta’s much talked about thriller Dial 100 is here and will keep you glued to the screen through the length of it. Dial 100 is a crime thriller, in which the main protagonist is time. Manoj Bajpayee plays the role of a cop named Nikhil Sood while Neena Gupta portrays the role of Seema Pallav – a grieving mother, seeking revenge for the unfortunate death of her son. The trailer of Dial 100 begins with a cryptic call to the Police Control Room with the woman on the phone specifically asking for Nikhil Sood. As she’s heard sobbing on the phone, she makes her intentions of hurting someone with a gun rather apparent. The makers have described Dial 100 in these words: “One night, one call, can change your lives. Expect the unexpected with Dial 100.”

The phone call appears unusually disturbing to Nikhil Sood, who can sense a personal connection with the woman on the phone but fails to identify her. Soon enough, Nikhil Sood learns that it’s Seema Pallav, who has a score to settle with him. And in order to do so, she kidnaps Nikhil’s wife Prerna, played by actress Sakshi Tanwar. The trailer of Dial 100 ends with glimpses of Prerna being held at gun point by Seema and Nikhil’s desperate attempts to track them down.

Watch the trailer of Dial 100 here:

Dial 100 has been directed by Rensil D’Silva, presented by Sony Pictures Films India and produced in association with Alchemy films. Dial 100 will premiere on ZEE5 on August 6.