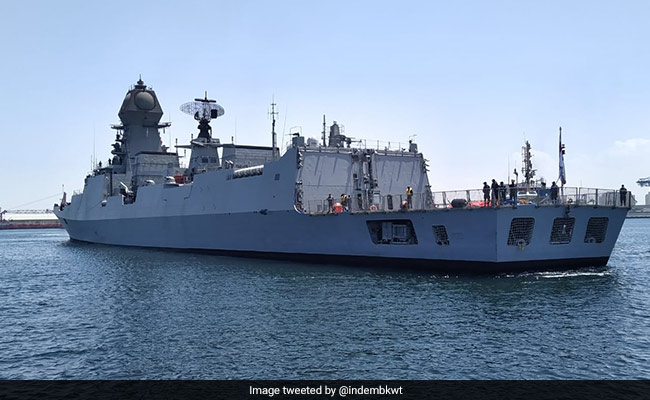 “Earlier the ship had embarked 200 bottles of oxygen and 43 oxygen concentrators from Doha, Qatar,” it said in the statement.

India is struggling with the second wave of the coronavirus infection as hospitals in several states report a severe shortage of oxygen, drugs, equipment and beds.

The Indian Navy said: “In support of the nation’s fight against Covid-19 and as part of operation Samudra Setu II, INS Kolkata arrived Port Shuwaikh, Kuwait on May 4 and will embark Liquid Medical Oxygen and medical stores from Kuwait.”

India’s total tally of COVID-19 cases has crossed the 2-crore mark with over 50 lakh infections being added in just 15 days.

The total tally of coronavirus cases in the country mounted to 2,02,82,833 with 3,57,229 new infections being reported in a day, while the death count increased to 2,22,408 with 3,449 new fatalities, according to Union Health Ministry data updated on Tuesday.