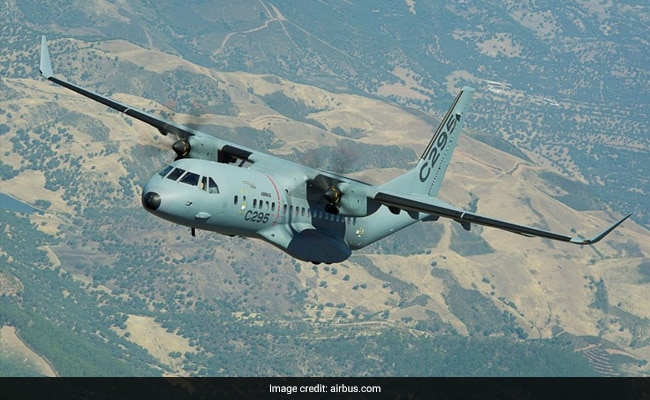 Airbus’s C-295 MW aircraft is a medium transport aircraft of around 5-10 tonne capacity.

The long-pending procurement was cleared by the Cabinet Committee on Security two weeks ago.

Contract signed between #MinistryOfDefence and @AirbusDefence &Space, Spain for procurement of 56 C-295 transport aircraft for the #IAF@rajnathsingh@adgpi@PIB_India@PIBHindi@indiannavy@IAF_MCC@drajaykumar_ias@AjaybhattBJP4UK@IndiainSpainpic.twitter.com/YqgvAYKWHA

Under the deal, 16 aircraft will be delivered in a flyaway condition by Airbus Defence and Space within 48 months of signing the contract.

The remaining 40 planes will be manufactured in India by a consortium of the Airbus Defence and Space and Tata Advanced Systems Limited (TASL) within 10 years of signing the contract, officials said.

This is the first project of its kind in which a military aircraft will be manufactured in India by a private company.

“All 56 aircraft will be installed with indigenous electronic warfare suite,” the ministry had said on September 8 after the procurement was cleared by the Cabinet Committee on Security.

The in-principle approval for the Avro replacement programme was accorded around nine years ago.

A large number of detail parts, sub-assemblies and major component assemblies of aerostructure are scheduled to be manufactured in India.

The ministry had said that before completion of the deliveries, a servicing facility for C-295 MW aircraft is scheduled to be set up in India.