India in Australia: We’re not sure if our batsmen will score 400 runs – Kapil Dev on upcoming Test series 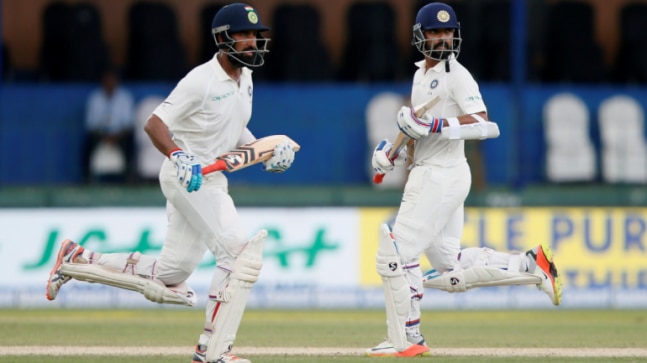 India great Kapil Dev has reckoned that bowlers will have no problem during the upcoming India versus Australia Test series but has expressed his doubt over India batsmen scoring 400 runs in an innings.

Former India great Kapil Dev has sung praises for a very potent Indian pace attack and said that batsmen and not the bolwers will be under scrutiny during India’s upcoming 4-match Test series, starting December 17 against Australia.

India’s World Cup-winning captain Kapil Dev said that India bowlers will be good enough and perform well on the Australian pitches, adding that he was unsure if the batsmen will be able to score 400 runs in an innings or not.

“Let me put it differently. Looking at our pace attack, it will be about the batsmen. We’re not sure our batsmen will score 400 runs (in an innings). If our batsmen don’t struggle, we won’t have any problem,” he said during an interaction at the Hindustan Times Leadership Summit 2020, where he was in conversation with senior journalist Ayaz Memon.

Notably, both India batsmen and bowlers shined during India’s last Test tour of Australia in 2018-19. A Mohammad Shami and Jasprit Bumrah led bowling unit had scalped as many as 70 wickets in the 4 matches. Australian bowlers in their own condition took only 60.

In the batting department, India’s Cheteshwar Pujara piled up massive 521 runs in four matchens. The difference between his run tally with that of Rishabh Pant (350), the second-highest run-scorer in the series, was 171. Virat Kohli amassed 282 runs, while vice-captain Ajinkya Rahane aggregated 217 runs.

While, for Australia, Marcus Harris was the top run-getter with 258 runs. Travis Head was second in the list for them with 237 runs.

But this time around, India captain Virat kohli will be coming back to India after the first Test to attend the birth of his first child. Chetestwar Puara has not played a single game since March, when Covid-19 stopped entire sporting activities in the world. KL Rahul is returning to Test cricket after a while, while Ajinkya Rahane is also not in his best of forms. Also, Australian pace attack comprising of Mitchell Starc, Pat Cummins and Josh Hazlewood has evolved into a lethal one.

The Bachelorette led Tuesday with an episode that had Tayshia having feelings for multiple men — gasp! The ABC reality competition held steady...
Read more
Sports

The Bachelorette led Tuesday with an episode that had Tayshia having feelings for multiple men — gasp! The ABC reality competition held steady...
Read more
Sports

Microsoft is introducing a new ‘Windows Feature Experience Pack' as a first to bring improvements to the Windows experience outside of major...
Read more
World

<!-- -->A US court has blocked two H-1B regulations proposed by the Trump administration (Representational)Washington: In a huge relief to tens of thousands...
Read more
India