Sania Mirza, who confirmed she would retire from professional tennis after Dubai Open in February, wrote an emotional note on social media ahead of her final Grand Slam tournament – Australian Open 2023. 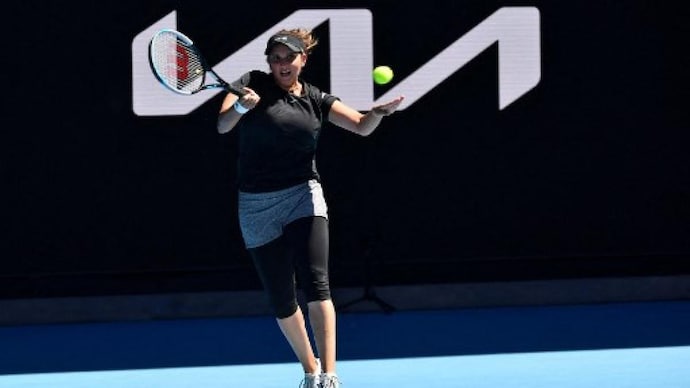 By India Today Web Desk: Indian tennis great Sania Mirza confirmed she would hang up her boots after the Dubai Open in February 2023 in an emotional post ahead of her final Grand Slam appearance at the Australian Open. Sania, 36, will compete in doubles at the Australian Open along with Kazakhstan’s Anna Danilina while she is expected to pair with Rohan Bopanna for the mixed doubles at the season’s first Grand Slam tournament.

Sania Mirza took to social media to share an emotional note ahead of her professional tennis swansong. Sania had won her maiden Grand Slam title at the Australia Open – the mixed doubles crown along with Mahesh Bhupati. She went on to win 6 doubles Grand Slam titles, the last of which also came at Melbourne Park in 2016 – women’s doubles with Martina Hingis.

Sania had announced last year that the 2022 season would be her last on the tour but an injury ahead of the US Open forced her to alter her plans for retirement.

“Thirty (yes, 30!) years ago a 6-year-old girl from Nasr School in Hyderabad, walked onto a tennis court at Nizam Club with her young mom and fought the coach to let her learn how to play tennis as he thought that she was too little. The fight for our dreams began at 6!” Mirza said in her social media post.

“My Grand Slam journey started with the Australian Open back in 2005. So, it goes without saying that this would be the most perfect Grand Slam to end my career with.

“As I get ready to play my last Australian Open 18 years after I played my first, and then the Dubai Open in Feb, have so many emotions flashing through me with pride and gratitude, perhaps, being the foremost. I take pride in everything have been able to achieve over the last 20 years of my professional career and I am so grateful for the memories that I have been able to create.

“The greatest memory that I will carry with me for a lifetime is that of the pride and happiness that I saw on the faces of my fellow countrymen and supporters each time I achieved victory and reached milestones in my long career,” she added.

Sania Mirza reached the Wimbledon mixed doubles semi-final along with Mate Pavic in 2022, which was also her first Grand Slam last-four appearance in 5 years. She had also reached the quarter-finals of the Australian Open 2022 along with USA’s Rajeev Ram.

The former World No. 1 doubles player also reached the final of Charleston Open WTA 500 and Strasbourg Open in 2022.