Fact Check: No need to be nostalgic! This ISN’T what Pan Am’s economy class looked like in the 60s 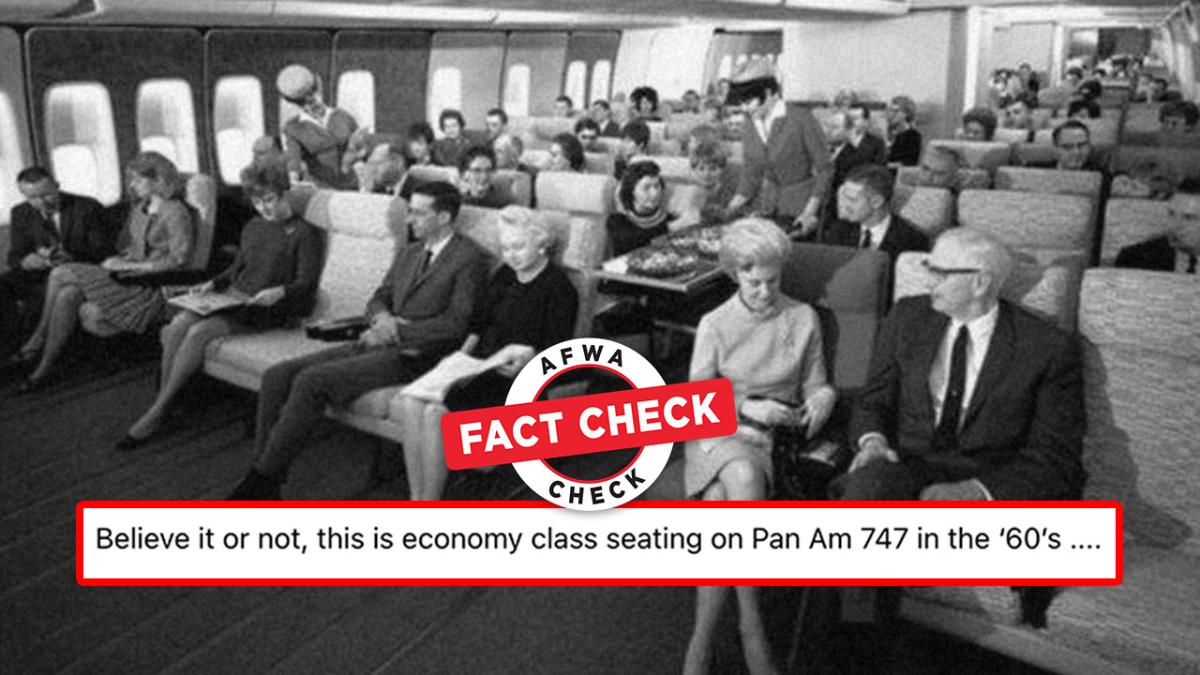 
A mock-up interior of Boeing’s 747 is being shared with claims that this is what the economy class on Pan Am 747 looked like in the 1960s. 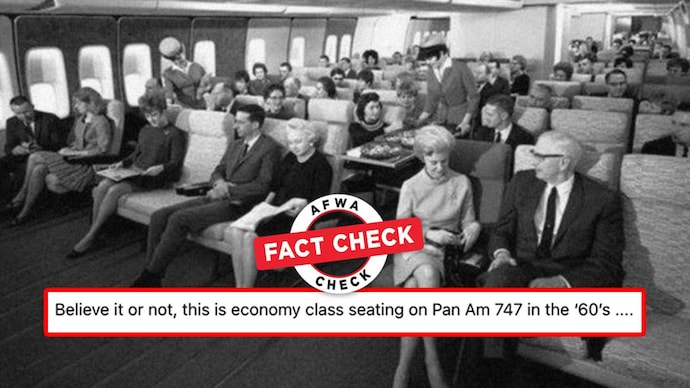 Social media users claimed that this is the economy class on Pan Am 747 looked like in the 1960s.

By Fact Check Bureau: Pan American World Airways, also famously known as “Pan Am”, was a premier international air carrier of the United States for much of the 20th century. It was the first airline to operate Boeing’s 747, the world’s first commercial wide-body jumbo jet aircraft in the 1970s. At one point, Pan Am was operating 25 Boeing 747s. Almost 31 years ago on December 4, 1991, Pan Am flew its final flight and filed for bankruptcy.

A Facebook post now going viral purportedly shows what the economy class seating on a luxurious Pan Am 747 Flight in the 1960s looked like. And it’s everything that economy class isn’t anymore: wide comfortable seats, ample legroom, and a lot of space to breathe.

AFWA probed the claim and found that it is not a photograph of the economy class in a Pan Am flight. Rather it is a full-scale mock-up layout of the interior of a plane designed for the Boeing 747.

A reverse search of the photo led us to an array of media reports and photographs. Among them was a photo on Imgur credited to a man called Joseph Stutter. According to the photo’s caption, it was a “Boeing 747’s interior mock-up”.

Subsequent searches led us to a report by Hoax Or Fact, according to which, this interior model never materialised into a real flight. It added that this was designed by Joe Stutter to demonstrate what the flight could look like. Another similar report by Huffpost, affirmed that the image only depicted the future vision of Boeing’s 747 economy seating by engineer Joe Sutter, Boeing’s lead designer on the 747 and author of “747: Creating the World’s First Jumbo Jet and Other Adventures from a Life in Aviation”.

On further probe, we also came across a YouTube video that manifestly revealed the interiors of the first 747 Pan Am flight in detail.

Thus, it is clear that this is just a mock-up interior of Boeing’s 747 and not from Pan Am’s 747 fleet which was in service. The vision of 747’s designer Joseph Stutter could never taste the sky.

More than 50 years later, many airlines are still flying modern and refurbished models of 747s in their fleets. Boeing rolled out its final 747 on December 6, last year.