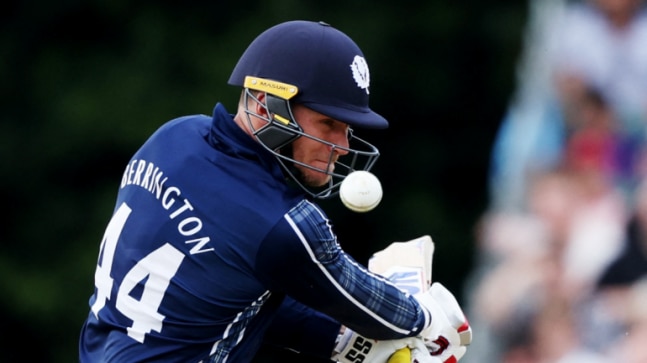 
Scotland have named fast bowlers Josh Davey and Brad Wheal in their 15-member squad for the T20 World Cup 2022 to be played later this year in Australia. Both Davey and Wheal last played in the previous edition of the mega event where Scotland qualified for the Super 12 after beating Namibia, Ireland and the Netherlands in Group A.

Richie Berrington has been named as skipper as veteran Kyle Coetzer called it a day from international cricket earlier this year in July. Berrington played a key role for Scotland last year, having scored 177 runs with two half-centuries to show for his efforts.

Along with the likes of Calum MacLeod and George Munsey, Berrington will play a massive role in Scotland’s batting lineup.

Young batter Brandon McMullen earned a call and could well make his debut in the multi-nation T20 tournament.

Batter Oliver Hairs, who is highly rated in Scotland, couldn’t make the cut for the World Cup. Fast bowlers Gavin Main and Ali Evans missed the bus as well.

“For those players who are not going to the world cup, we look forward to seeing them challenging for international honours in years to come,” head coach Shane Burger was quoted as saying.