IND vs AUS: India is no match to any other top side in the world, says Ravi Shastri on India’s fielding 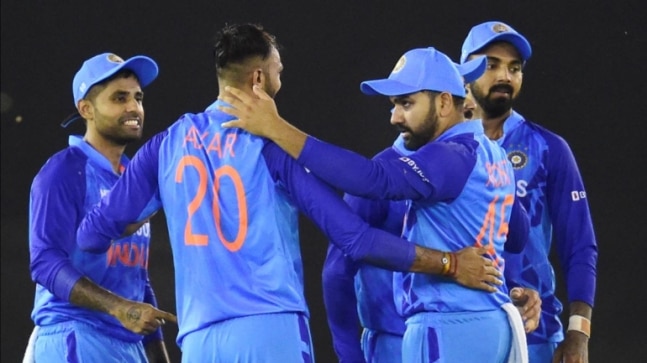 India lost their first T20I match of the series vs Australia despite scoring 2018 runs. The visitors gunned down a record total owing to some shoddy fielding.

Indian team in action against Australia in Mohali. (Courtesy: PTI)

Former India head coach Ravi Shastri has hit out at the Indian team over their poor fielding against Australia in the first T20I of the series. Despite scoring a massive total of 208 runs in the first innings, India failed to contain the visitors as they made merry in the field and gunned down a record total at Mohali on Tuesday, 20 September.

“If you look at all the top Indian teams over the years, there is youth and experience. I find the youth missing here and hence the fielding. If you look at the last five-six years, fielding wise, I think this side is no match to any of the top sides when it comes to fielding. And that can hit badly in big tournaments,” Shastri said on Star Sports after the match.

India dropped three catches in total against Australia, out which two were crucial of Cameron Green and Matthew Wade, both of whom went on to become the architects of the Australian win. While Green was dropped on 42 and went on to make 61 off just 30 balls, Wade played a terrific knock of 45 off just 21 balls, late in the day.

He further spoke about the impact of fielding on the batting side which has to score additional runs to cover up the deficit caused by the fielding unit.

“It means that as a batting side you have to get that 15-20 runs game after game, because if you look around the field, where is brilliance? There is no Jadeja. Where is that X-factor?” Shastri further added.

“What I was disappointed today with was the standard of fielding. I mean, it looks sloppy and I think you need a big upping of the ante when it comes to the fielding if you have to beat big sides in big competitions,” he concluded his assessment.

The series will now move to Nagpur, where the second match is scheduled to be played on 23 September.