Told Shoaib Malik to take retirement because I knew that he will not be respected: Mohammad Hafeez 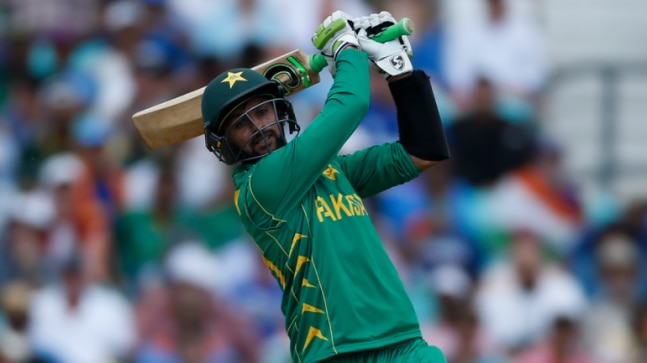 Shoaib Malik last played for Pakistan back in November 2021. He hasn’t been picked for the T20 World Cup and was left from the Asia Cup 2022 squad as well.

Told Malik to take retirement because I knew that he will not be respected: Hafeez. Courtesy: Reuters

Former Pakistan all-rounder Mohammad Hafeez isn’t happy with the way Shoaib Malik has been treated of late. After being ignored for Asia Cup 2022, the 40-year-old Malik couldn’t break into the national squad for the T20 World Cup to be played later this year in Australia.

Hafeez lauded the Sialkot-born Malik for maintaining a great level of fitness and playing top-level cricket for over two decades.

“Malik gave his best to Pakistan for about 21-22 years and maintaining your fitness standards for that long is absolutely remarkable,” Hafeez was quoted as saying to Cricket Pakistan.

Earlier this year, in January, Hafeez announced his retirement from all forms of international cricket. The veteran said that he had advised Malik to retire back then.

“When I took my retirement, I told Malik to take retirement as well because I knew that he will not be respected as it was also evident in my case. My understanding was that he wanted one last standing but cricket is cruel like this,” he stated.

Back in 2019, Malik last represented Pakistan in ODI cricket during the World Cup in England and Wales. Hafeez, who also played in the tournament, reckoned that the PCB should have arranged a farewell match for Malik three years ago.

“Unfortunately, even when he had announced his retirement from ODI cricket, the farewell match was not given, realizing his services, the match should have been given. Our management has always been lacking when it comes to bidding them a farewell,” Hafeez added.

Malik made his international debut way back in 1999 and last donned the national colours back in November 2021 against Mahmudullah’s Bangladesh.