Home Top Stories In War Of Cryptocurrencies, Why Ethereum Is Outperforming Bitcoin On the back...

In War Of Cryptocurrencies, Why Ethereum Is Outperforming Bitcoin On the back of Surging demand for NFTs and DeFi apps 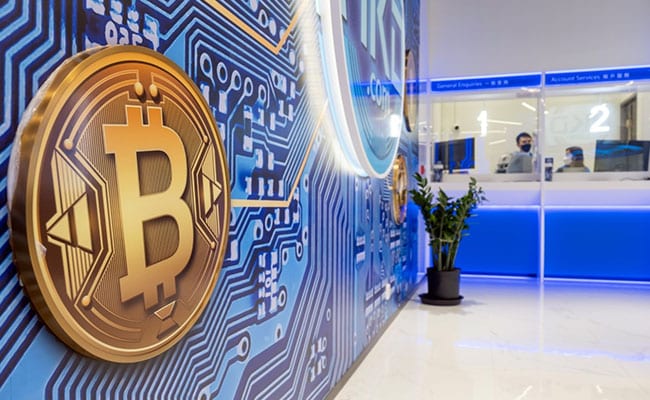 Ether, the native token of the most-used blockchain, jumped 36 per centin August

Surging demand for NFTs and DeFi apps is allowing backers of Ethereum to dampen the cacophony of Bitcoin maximalists who have long claimed that only the original cryptocurrency matters. Ether, the native token of the most-used blockchain, jumped 36 per cent in August, more than double the 13 per cent return for holders of the biggest digital asset by market value during the same period. So far this year, Ether is outperforming Bitcoin by the widest margin going back to at least 2018, Bloomberg data show.

The Ethereum “community has taken up that mantle to a much louder degree and that sort of blockchain development is really having a bullish moment in crypto right now,” said Stephane Ouellette, chief executive and co-founder of FRNT Financial. 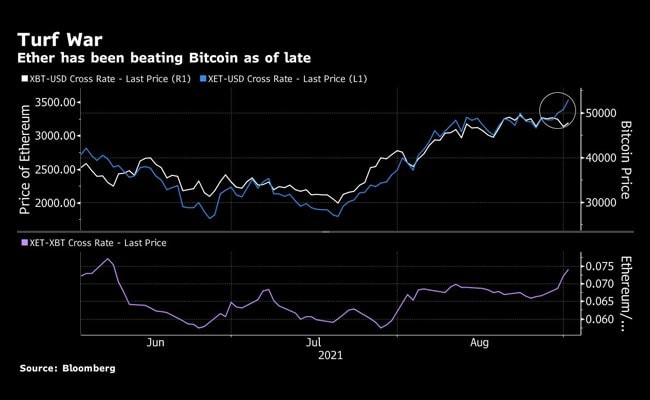 Many analysts had projected that Ether would rally following a major software upgrade to the Ethereum blockchain in August. The enhancement, code-named London, trims the pace at which the supply of Ether tokens grows.

Ahead of the upgrade, many investors argued the reduction of the coin’s supply could result in higher prices due to increased scarcity. Others also said the supply could drop further once Ethereum moves to a different mechanism of verifying transactions, something that could happen in the first quarter of next year. This new verification system will use computers supporting the Ethereum network to stake Ether coins instead of miners in most cases.

“The innovation at play in the smart-contract arena had been defeating maximalist mantras for quite some time,” said Mati Greenspan, founder and CEO of Quantum Economics. Still, because a lot of the advancements — particularly in DeFi and NFTs –are so new, it’s difficult to say exactly how much more growth there will be or what other new sectors might arise, he said.

The case for Ether surpassing Bitcoin has been been a constant theme in crypto since the alternative blockchain was created. Bitcoin maximalists maintain that it remains the purest form of digital money and point out that the original cryptocurrency has a market value of about $900 billion, or more than double that of Ether.

August marked Ether’s second consecutive monthly advance and its best monthly performance since April. The coin is up more than 350 per cent this year, compared with Bitcoin’s 60 per cent gain. On Wednesday, it rose about 5 per cent  to $3,558 while Bitcoin gained around 1 per cent to $47,400.

“Ethereum is seen as a better store of value — that’s why it has been preferred by institutions for a while now,” said Matt Maley, chief market strategist for Miller Tabak + Co. “It is now becoming preferred among all investors.”

And it’s not just Ether that’s been in the limelight recently, said Ouellette. Solana and Cardano represent projects with a similar focus and both have rallied.

Among analysts and investors, there’s little consensus as to what’s driving parts of the frenzy for smaller or alternative coins. Some posit that speculators are moving from the mainstays to newer, more exciting offshoots, as they often do after big runs. Others see a world awash in cash and ultra-low rates, which ultimately pushes investors toward ever-wonkier assets.

Wilfred Daye, chief executive officer of Enigma Securities, said Ethereum is the fabric of the tokenized economy and it has a deeply rooted and solidified programmer community. From a trading perspective, “ETH has higher volatility than Bitcoin and similar liquidity profile as Bitcoin,” he said. But, “in the long run, ETH has a real chance of outperforming.”

<!-- -->The Himachal Cabinet decided to create and fill 8,000 posts of multi-task workersShimla: The Himachal Pradesh government has decided to reopen schools...
Read more