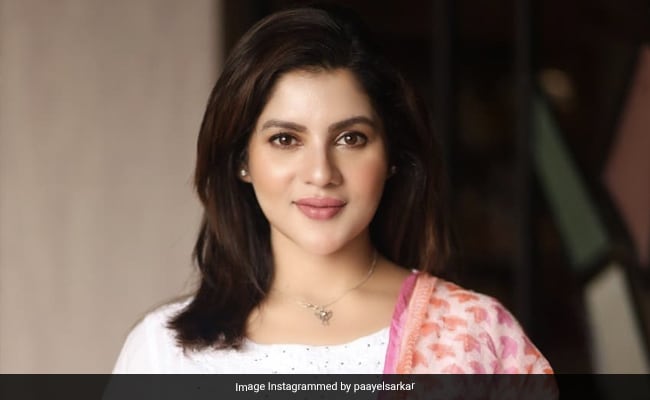 A noteworthy house in the middle-class locality of Parnasree Pally in south Kolkata is the residence of Ratna Chatterjee, the Trinamool Congress candidate from Behala Purba, who is fighting her first election, in the middle of a bitter separation from her husband Sovan Chatterjee, the former mayor of Kolkata and sitting MLA from the seat who joined the BJP in late 2019.

“Since childhood, I have seen a lot of elections. First, it was my parents and then my husband. So, this is not new for me. However, this is my first election as a candidate so there is a bit of excitement. (CM) Mamata Banerjee has worked a lot for the people so as a TMC candidate, I don’t have much pressure in reaching out to the people,” Ms Chatterjee told PTI.

Sovan Chatterjee quit the BJP along with his friend Baishakhi Banerjee after they were denied nominations by the opposition party. Besides, being a mayor, he won the seat for two consecutive terms — 2011 and 2016. He wanted to contest this time too from the constituency, but the BJP chose to field actor Payel Sarkar.

“The party, not the candidate, is more important. But yes, if Sovan had been fielded by the BJP, family issues would have been raked up in public domain I have been saved of that,” Ratna Chatterjee, 49, said.

BJP’s Payel Sarkar said people do not care about candidates but vote based on party promises and past record.

Ms Sarkar, 39, who has starred in popular Bengali hits such as ”Bojhena Se Bojhena” and ”Prem Amar”, now starts her day at 7 am in the morning, campaigning hard through the lanes and by-lanes of the constituency, which stretches from New Alipore to Joka, home to IIM, Calcutta.

“I was always interested in politics. Since 2014, I have been following Prime Minister Narendra Modi very closely and the kind of work the BJP has done in other states. This has been very inspiring,” she said while taking a break after the morning campaign at her election office.

Brushing aside criticism that celebrities go missing from public life once elections are over, the actor said it was a wrong notion.

CPI(M) candidate Samita Har Chowdhury, 52, said she was confident her party would be able to regain its vote base.

“You have to understand that Lok Sabha is different from an assembly election. People were voting for a government at the Centre and we, the Left, could not provide an alternative there. So, they left us. But, on the campaign trail we are now witnessing that our supporters are returning and joining us,” she said.

TMC had won the Behala Purba seat in 2016 time by bagging around 47 per cent votes, while a Left-supported Independent candidate had 36 per cent of vote share. BJP came third with around 10 per cent.

However, the scenario changed in the 2019 Lok Sabha elections. Even though the Trinamool Congress led with 43.32 per cent votes in Behala Purba, the BJP came second with 35.63 per cent votes. The CPI(M) was a distant third with 15.90 per cent.

Behala Purba, which is considered a TMC bastion over the last decade, has more women voters (1.56 lakh) than men (1.51 lakh), possibly because of which the three main candidates are women.

“TMC was first to announce my name. I don’t know, if that is what forced the BJP and CPI(M) to field women candidates. However, earlier politics was male dominated, we are now witnessing a change,” Ms Chatterjee said.

Ms Sarkar said it was “fantastic” that all the main contenders were women, while Ms Chowdhury, a full-time CPI(M) worker, said that rather than seeing herself as woman in a fight with two others, she was concerned about the two parties she is contesting against. “My fight is with the ideologies of the TMC and BJP.”

Behala Purba goes to polls in the fourth phase on April 10. The votes will be counted along with 293 other constituencies in West Bengal on May 2.