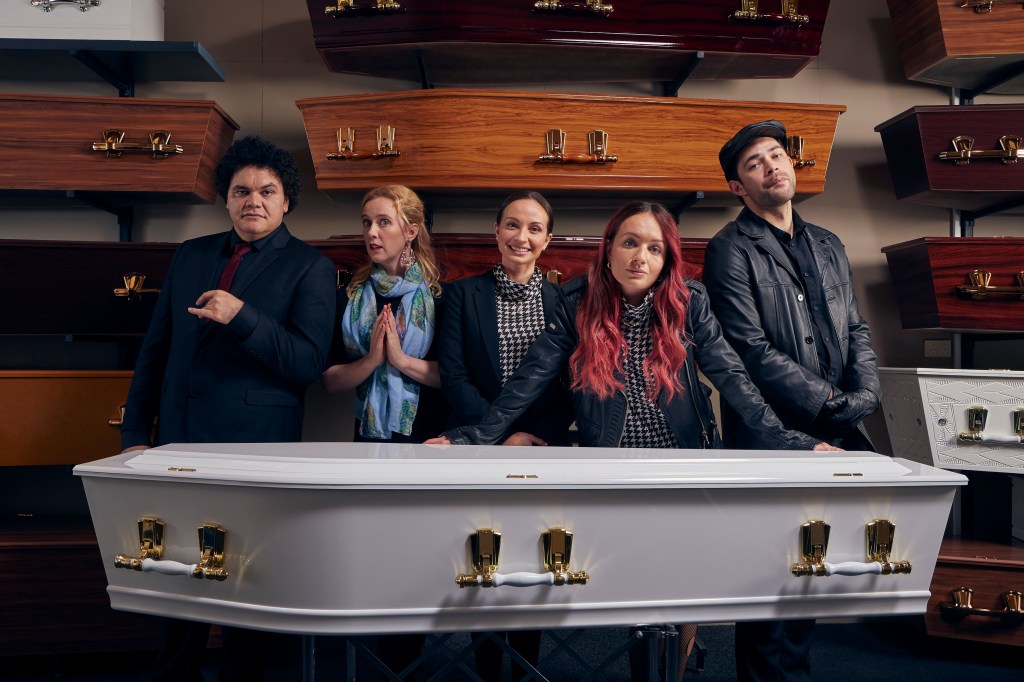 EXCLUSIVE: Good Grief will make its way to IFC and Sundance Now, which have acquired North America and U.K. rights to the New Zealand comedy, from sisters Eve and Grace Palmer. IFC and Sundance Now have also teamed with Kiel McNaughton and Kerry Warkia’s Brown Sugar Apple Grunt Productions Ltd.’s to co-commission a second season.

Co-created, co-written and starring the Palmer sisters along with with co-creator and co-writer Nick Schaedel, Good Grief is a comedy series is set in small New Zealand town and follows two millennial sisters with very different personalities who inherit a funeral home from their grandfather.

Unsure what to do with the funeral home – or the oddball staff that keep the place running – Ellie and Gwen Goode (Eve and Grace Palmer) are thrust into a world of embalming, emceeing, and embarrassment. Recently fired from her teaching career, Ellie starts to warm to the job, but all Gwen wants to do is go DJ in Bali. By staring death in the face every day, Ellie and Gwen begin to confront the realities of their own life, and what they want to make of it.

‘Kevin Can F**k Himself’ Renewed For Season 2 By AMC

Season 2 is set to start production later this year in Auckland and will premiere in 2022 with six episodes expanded to 20 minutes each.

Good Grief, Season 1 is directed by Kiel McNaughton (The Legend of Baron To’a, My Life is Murder), produced by Angela Cudd (I Am Waru) and Kerry Warkia (Vai, Waru). The first season’s creative team and lead cast will also return for Season 2.

“Good Grief is a unique and quirky comedy that we’re excited to bring to audiences on both Sundance Now and IFC,” said Dan McDermott, president of original programming, AMC Networks. “After watching the first season, we were so in love with the Goode sisters that we jumped at the chance to work with Eve, Grace, Nick, Kiel and Kerry to commission further adventures with them.”

Eve and Grace Palmer added: “We’re honoured to be working with AMC Networks to bring our little kiwi comedy to an international audience. They say ‘if you don’t laugh, you’ll cry’ but we hope that in watching this dark comedy about life and death, you’ll be able to do both.”

“We are over the moon to be partnering with AMC Networks to bring more unique and underrepresented voices to audiences around the world,” Brown Sugar Apple Grunt Productions’ Kiel McNaughton said.  “We can’t wait to get going with season 2.”

Bleecker Street’s I’m Your Man opens on 12 screens in seven markets, expanding to another 15 next week in a rare platform release...
Read more
Hollywood

Niav Conty’s feature debut “Small Time” has found a home. Deadline confirms North American rights to the drama have been picked up by...
Read more