Home Sports "If Not A Sportsperson, I Would Have Been A Photographer": Neeraj Chopra

“If Not A Sportsperson, I Would Have Been A Photographer”: Neeraj Chopra 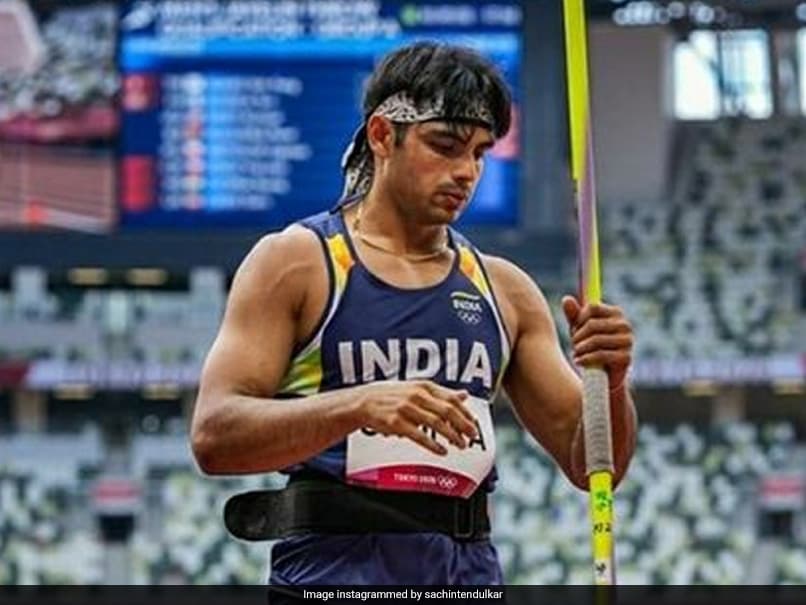 Olympic gold medallist Neeraj Chopra interacted with fans during a Facebook live session via Athletics Federation of India’s page on Thursday. During the chat, Neeraj revealed his love for photography and said that if he was not a sportsperson, he would have been a photographer. “I think if I was not a sportsperson, I like photography a lot. I have just bought a new camera. I think I would have been a photographer. I am lucky that I am in sports and have won a medal for the country. But I believe I would have opted for photography,” Neeraj said while answering a query from a fan.

Neeraj, who won the gold medal at the Tokyo Olympics, also said that for India to become a sporting nation, the work needs to begin at the grassroot level.

“It (sporting culture) should begin from school level. 30 minutes or an hour should be made mandatory for kids that they engage in physical activity. That needs to be changed in the country. Without sports, studies should be deemed incomplete.”

“I believe if we are connected to sports, it gives us a positive energy and one can stay active throughout the day. The focus should also be on increasing the infrastructure for sports in rural and urban areas,” Neeraj Chopra added.

The star javelin thrower also said that he is working with his team and they are planning a roadmap for the Paris Games, scheduled to be held in 2024.

“Our next target is CWG and Asian Games. Also, the domestic competitions are important too. We will plan accordingly because the next Olympic Games are just three years away,” Neeraj concluded.

Liverpool vs Manchester City, UEFA Champions League: When And Where To Watch Live Telecast, Live Streaming

Atletico Madrid vs Liverpool, UEFA Champions League: When And Where To Watch Live Telecast, Live Streaming