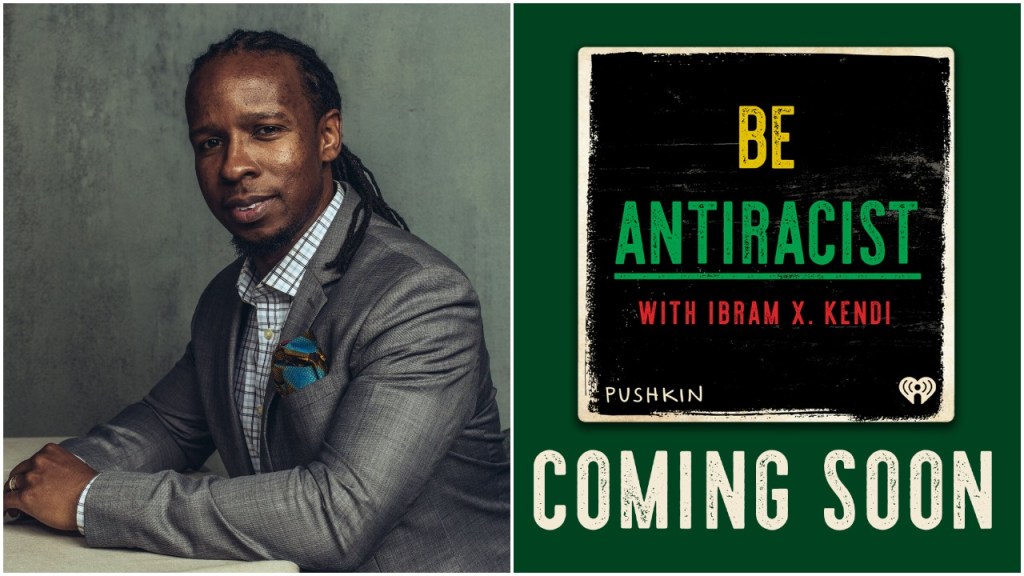 
EXCLUSIVE: Ibram X. Kendi, the esteemed author and scholar behind How To Be An Antiracist, is moving into the podcast business.

Kendi has teamed up with Malcolm Gladwell’s Pushkin Industries and iHeartMedia to launch Be Antiracist with Ibram X. Kendi.

The series will see the historian and Founding Director of the Boston University Center for Antiracist Research dissect the policies that contribute to racial inequity and injustice, and proposes policies and platforms that can lead us toward an antiracist future.

It is a weekly interview show that will build on his body of antiracist work, challenging listeners to consider what an antiracist society might look like and how individuals and communities can play an active role in building it. Over ten episodes, he will be joined by guests from the worlds of politics, academia, journalism and beyond to discuss the antiracist policies, platforms and narratives human beings should rally around to build a just and equitable world.

Be Antiracist with Ibram X. Kendi will premiere on June 9.

It marks the first co-production between Pushkin Industries and iHeartMedia as part of a two-year co-production and distribution partnership that was signed last year. It will be distributed by the iHeartPodcast Network to all podcast platforms.

“After a year that laid bare the pervasive racial inequity that continues to plague our nation, we must continue the difficult but necessary conversations that will allow us to imagine and erect a truly antiracist society,” said Ibram X. Kendi. “I look forward to exploring these topics with guests whose work I deeply admire and digging deep with them and with listeners.”

“Be Antiracist with Ibram X. Kendi will bring Dr. Kendi’s essential insights to millions of listeners around the world,” added Will Pearson, iHeartPodcast Network’s Chief Operating Officer. “The show speaks to many of the deeply-rooted issues the past year has brought to light and enables listeners to benefit from the perspectives of some truly unparalleled guests.”

“Over the past few years, Ibram X. Kendi has emerged as America’s most influential thinker on race, racism, and anti-racism,” said Pushkin Industries CEO Jacob Weisberg. “Pushkin is thrilled to help Dr. Kendi expand the conversation his books have ignited. We hope the show will empower listeners to effect change in their own communities and beyond.”