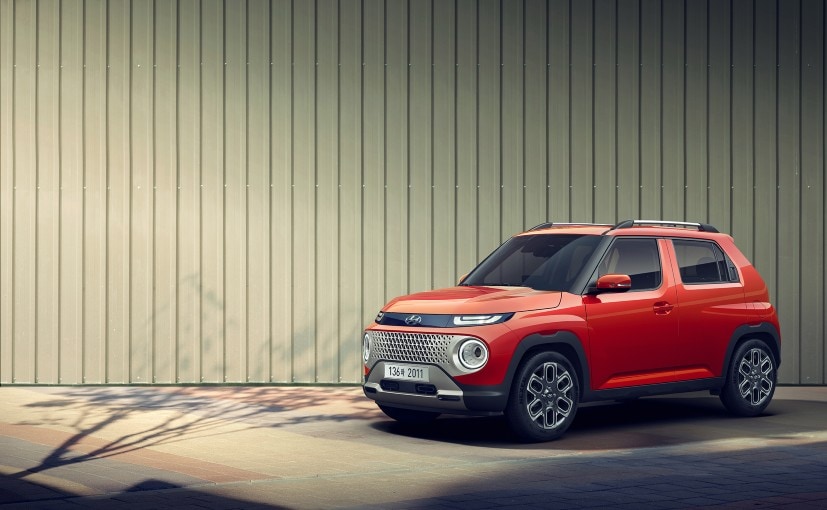 The Hyundai Casper micro SUV will go into production in South Korea on September 15, 2021

Hyundai Motor has pulled the wraps off its smallest SUV yet, which will be called the Casper. The new Hyundai Casper is a micro SUV that borrows its name from the freestyle skateboarding trick invented by Bobby ‘Casper’ Boyden in the 1970s. The new offering will be positioned below the Venue in the company’s line-up and is also slated to make its way to India in the future. In fact, the Casper will be seeing quite the competition when it arrives here from the Tata Punch, Renault Kiger, Nissan Magnite, Maruti Suzuki Ignis and the likes. The new Hyundai Casper is built on the K1 compact car platform shared with the Santro and the Grand i10 Nios. Although it is shorter and narrower in comparison. The micro SUV measures 3,595 mm in length, 1,595 mm in width and 1,575 mm in height, with a 2,400 mm wheelbase. The design details do set it apart from other Hyundai offerings. The retro-themed styling looks really cool with the round headlamps placed lower, while the LED DRLs are slotted on top. The face is upright with a nearly flat bonnet that adds to the butch appearance, while the parametric design on the grille looks contemporary. The Hyundai Casper gets a boxy profile while the rear gets jewel-themed LED lights that appear to be a part of the rear windscreen, while the taillights are incorporated into the rear bumper. You can also notice the dual-tone alloy wheels, roof rails, blacked-out pillars and a sunroof. The micro SUV has been designed to look like a three-door, especially with the door handles hidden into the C-pillar.

Hyundai is yet to reveal the interior of the car but previous spy images have hinted at a floating touchscreen infotainment system that is likely to get the Bluelink connected car tech. We also expect the retro vibe to dominate Casper’s cabin. In terms of power, the Korean-spec model will get the 1.0-litre, naturally-aspirated MPI unit engine with 85 bhp, along with the 1.0-litre T-GDI turbocharged petrol engine with 99 bhp. The latter is the same unit that powers the Hyundai Venue. Transmission options will include both manual and automatic options. There’s also a possibility of Hyundai introducing an electric version of the Casper, which will be the automaker’s most affordable EV in India. 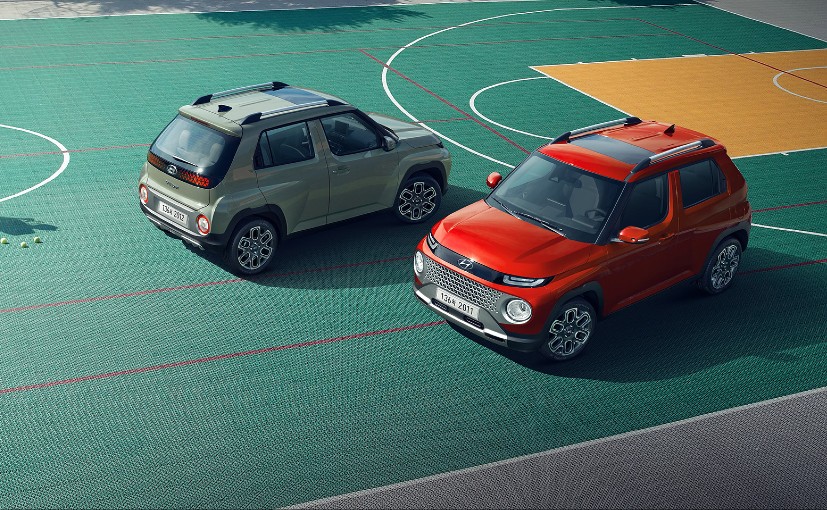 The Hyundai Casper will take on the Tata Punch, Maruti Suzuki Ignis and the likes in India

Speaking of which, Hyundai is yet to confirm when the Casper arrives in the Indian market. The micro SUV could make its way sometime next year as a locally built offering priced from the ₹ 5 lakh (ex-showroom) mark. Meanwhile, the new Casper will enter production in South Korea on September 15, 2021. The launch is scheduled soon after.