Hundreds Rush To Vaccination Centre In Bengal, 20 Injured In Stampede 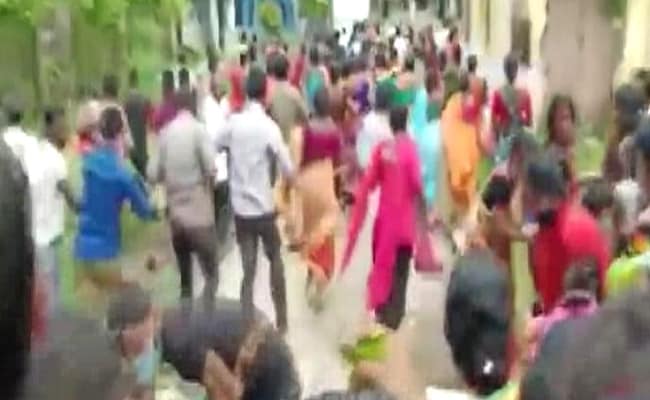 Locals said around 2,000 people had gathered near the vaccination centre in Jalpaiguri.

On the day when West Bengal vaccinated a record 11 lakh people against COVID-19, a stampede at a vaccination centre in Jalpaiguri district left around 20 people injured. Locals said nearly 30 were injured while the police put the figure at 20 and said five of the injured are undergoing treatment at a hospital.

The incident took place at a school, being used as a vaccination centre, in the Dhupguri block of Jalpaiguri in north Bengal. Hundreds of people crowded at the gates since the crack of dawn from nearby villages and tea gardens.

Eyewitnesses said around 2,000 people had gathered near the centre and there was hardly any police deployment in the area.

When the police finally arrived at 10 am and opened the gates, the crowd rushed in, running and pushing each other — several women with children and elderly people fell to the ground in the chaos. A police official was also injured while trying to help the people.

The situation was brought under control after a large team of police officials were sent to the spot. Locals also rushed in to help take the injured to hospitals.

An enquiry has been ordered into the incident.

Meanwhile, the health department today said it had vaccinated the highest number of people in a single day — 10,99,437 by 7 pm. The figure could cross 12 lakh by end of day, officials said.