Hundreds From Afghanistan Being Brought To India Despite Challenges 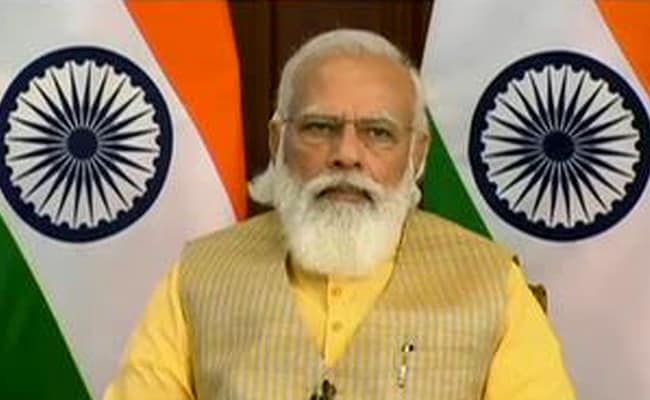 Prime Minister Narendra Modi on Saturday said that despite many challenges India is evacuating its people from Afghanistan, asserting that if any Indian is in trouble anywhere in the world, the country stands up to help them with all its might.

PM Modi, who was speaking after dedicating to the nation the renovated complex of Jallianwala Bagh memorial in Amritsar through video link, referred to “Operation Devi Shakti”, India’s complex mission to evacuate its citizens and Afghan partners from Kabul, and said that not just people, but Sikh holy scriptures have been brought back. He said be it the COVID-19 crisis or the present situation in Afghanistan, India always helped its nationals in any part of the world.

“Today, if any Indian is in trouble anywhere in the world, then India stands up to help him with all its might. Be it the Corona period or the crisis of Afghanistan, the world has experienced it continuously. Hundreds of people from Afghanistan are being brought to India under Operation Devi Shakti,” the prime minister said.

PM Modi said, “There are many challenges. The circumstances are difficult but Guru Kripa (grace of Gurus) is with us”, and added the government could also bring “swaroop” of holy Guru Granth Sahib from Afghanistan.

He said that the teachings of Gurus help in preparing policies for people suffering from such circumstances.

“In the past years, the country to discharge this responsibility has worked hard. The lessons in humanity given by Gurus, keeping those in the forefront, the country has made new laws for its people who suffered due to such situations,” he said, in an apparent reference to the Citizenship Amendment Act, 2019.

According to the amended Act, members of Hindu, Sikh, Buddhist, Jain, Parsi and Christian communities who have come from Pakistan, Bangladesh and Afghanistan till December 31, 2014 and face religious persecution there will not be treated as illegal immigrants but given Indian citizenship.

The prime minister said that current global conditions underline the importance of “Ek Bharat Shreshtha Bharat” and underscore the need for “Aatmnirbharta (self-reliance)and Aatmvishwas (self confidence)”.

India began the complex evacuation mission by airlifting 40 Indians from Kabul to Delhi on August 16, a day after the Taliban seized control of the Afghan capital city. It has already evacuated hundreds amid a deteriorating security situation in Kabul and scramble by various nations to rescue their citizens.

Thousands of Afghans had been crowding around the Kabul airport for over a week, in a desperate attempt to flee the country fearing the Taliban’s brutality.

On Tuesday, India brought back 78 people, including 25 of its nationals and a number of Afghan Sikhs and Hindus from Dushanbe, a day after they were evacuated from Kabul to the Tajik city.