Home Top Stories How To Make Railway Mutton Curry - An Anglo-Indian Delicacy Of The... 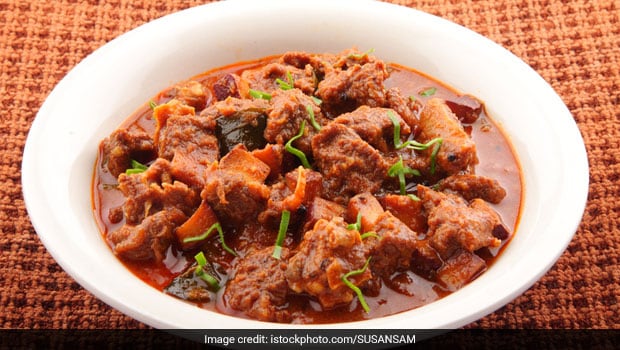 The Indian mutton curries enjoy a massive fan-following across the world and well the sheer variety in the cuisine is reason enough. No matter if you are in Bengal, Uttar Pradesh or Rajasthan, you will find at least one scrumptious mutton curry in the state’s regional cuisine. And if you’ve already tried the usual ones, there’s Railway mutton curry form perhaps the country’s first fusion cuisine – Anglo-Indian. Primarily a blend of British and Indian cuisine, Anglo-Indian cuisine has also been influenced by the Europeans, Portuguese and French. The cuisine was evolved in the railway pantry, army canteens and gentleman’s club during the British colonial era and since then the Anglo-Indian community has tried to preserve the identity of the micro cuisine in India.

Railway mutton curry is one of the most interesting and popular dishes from the cuisine and the story behind it too is no less. It was prepared by the chefs of Indian Railways and served to the elite first-class passengers. The legend has it that once a British officer visited the pantry of Indian railways unannounced when the cooks were having their meal which comprised mangsho jhol and dinner roll. The officer demanded to have it too due to the irresistible fragrance but the chef knew it was too spicy for him. He toned down the spice by adding a bit of coconut milk to it. The officer loved the dish so much that he visited the pantry again and again to relish it. He couldn’t remember the dish’s name and called it railway mutton curry, and that’s how it got the name. The delicacy is perfect to serve at a dinner party at home and goes perfectly well with steamed rice. 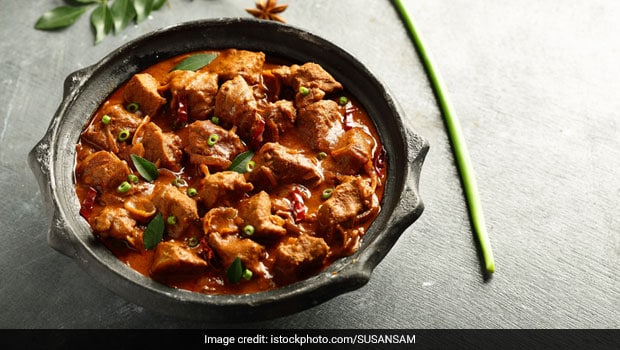 Railway mutton curry is a toned down version of mangsho jhol.

The renowned curry has the aromatic flavours of cardamom, bay leaf, cumin, coriander, pepper, ginger-garlic paste. The spices are roasted with onion and tomatoes and mutton is added to it along with yogurt or coconut milk. It is cooked until the mutton is infused with the fresh aroma – it is usually served hot with rice. The recipe is extremely simple, quick and easy. However, this recipe doesn’t use boiled mutton while many traditional railway mutton curry recipes uses pressure cooked mutton and its stew. The authentic recipe in the trains also used tamarind as a souring agent instead of tomatoes so if you have tamarind, you can use that.

Try the Anglo-Indian mutton curry at home and share your experience in the comments section below.

About Aanchal MathurAanchal doesn’t share food. A cake in her vicinity is sure to disappear in a record time of 10 seconds. Besides loading up on sugar, she loves bingeing on FRIENDS with a plate of momos. Most likely to find her soulmate on a food app.