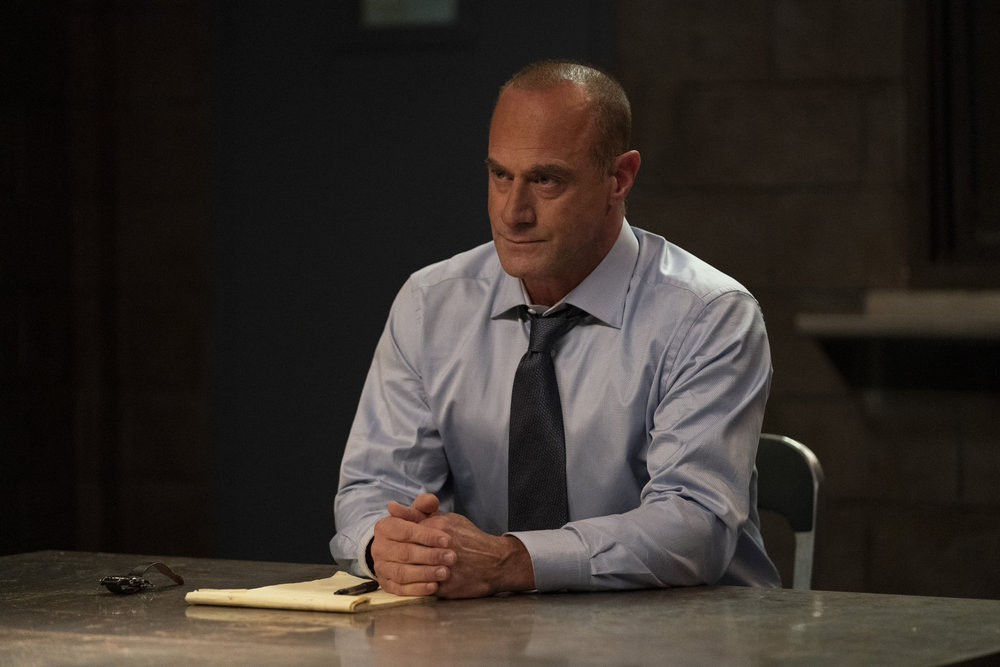 The NYPD detective he played for years, now based in Rome battling terrorism sex trafficking and organized crime, was reunited with longtime partner Mariska Hargitay, now Captain Benson, who has a tough time digesting his sudden reappearance in NYC.

The duo starred together on the first 12 seasons of SVU from 1999-2011 until Stabler abruptly retired from the force, off-camera, in the Season 13 premiere.

A clip released in late February teased the reunion, at a crime scene, as Stabler calls out “Liv!” and a shocked Benson turns quickly, whispering “Elliot!”

Now we know why. Seconds after opening credits roll Benson responds to a call, a car bomb, and recognized the “vic” — Stabler’s wife Kathy. Looking up, she locks eyes with her former partner. They’ve had no contact for ten years. “They tried to kill Kathy,” he said. And they’re off.

Turns out, back in New York, Stabler got stuck in a ripped-from-the-headlines anti-curfew protest where police vehicles were being targeted. He had stepped out of his car to make a call. The bomb of course was meant for Elliot.

Why did he really leave in the first place? We don’t know. Why is he back? To testify against two suspects he rounded up in Puglia, he says.

Why is he still roughing guys up in interrogation — so last decade. “Please don’t tell me, ‘We don’t do it that way anymore,’ I’ve been living in Europe, not under a rock!” he bellows at Olivia.

Had he even been planning to call her? No.

Kathy doesn’t make it. Segue to Law & Order: Organized Crime where Stabler will look to rebuild his life after the devastating loss as part of a new elite task force that is taking down the city’s most powerful criminal syndicates one by one.

The series, filmed in New York, is produced by Wolf Entertainment and Universal Television, a division of Universal Studio Group.