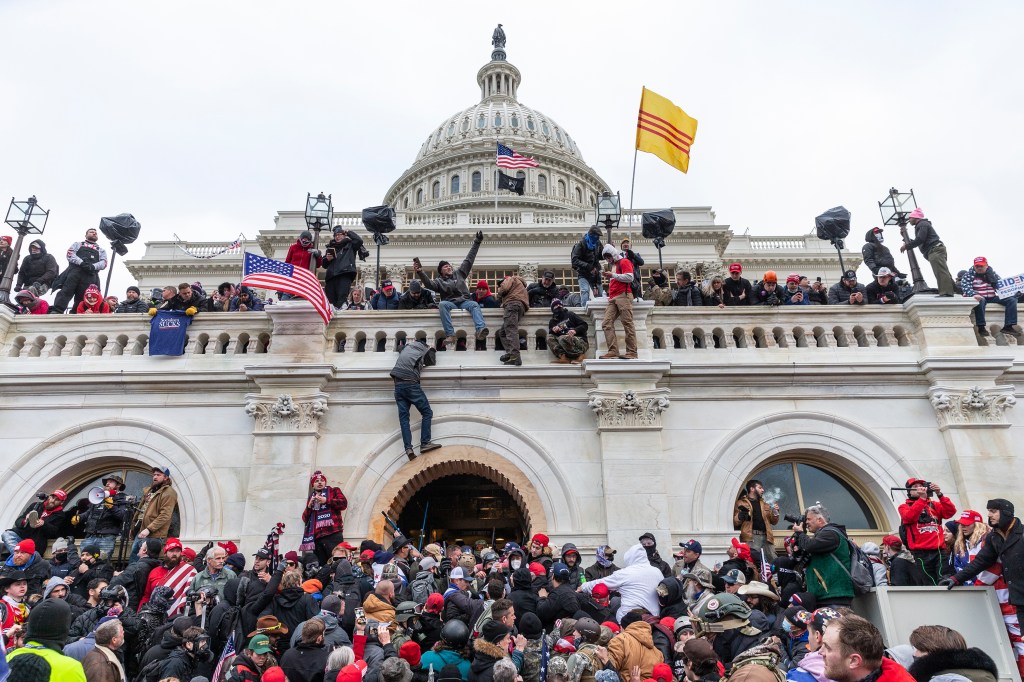 Two prominent House Democrats have fired off a letter to AT&T, Comcast and Amazon and other channel distributors, asking them whether they plan to continue carrying Fox News, One America News Network and Newsmax.

In the letter, Rep. Anna Eshoo (D-CA) and Rep. Jerry McNerney (D-CA) single out the networks as “misinformation rumor mills and conspiracy theory hotbeds that produce content that leads to real harm.”

“Misinformation on TV has led to our current polluted information environment that radicalizes individuals to commit seditious acts and rejects public health best practices, among other issues in our public discourse,” they wrote in the letters. (Read them here). The letter was sent to 12 cable, satellite and streaming companies.

Eshoo and McNerney are members of the House Energy & Commerce’s Communications and Technology Subcommittee, which on Wednesday is holding a hearing on the spread of disinformation and extremism on traditional media platforms, including broadcast and cable networks.

A Fox News spokesperson said in a statement, “As the most watched cable news channel throughout 2020, Fox News Media provided millions of Americans with in-depth reporting, breaking news coverage and clear opinion. For individual members of Congress to highlight political speech they do not like and demand cable distributors engage in viewpoint discrimination sets a terrible precedent.”

The chairman of the House Energy & Commerce Committee, Rep. Frank Pallone (D-NJ) wrote a memo in which he cited a series of incidents in recent months, including those related to the 2020 presidential election and the subsequent siege on the Capitol siege, as well as the spread of false claims about the Covid-19 crisis.

“It was only after the Capitol riots, and after five people were killed and over 100 wounded, that one radio group which airs programming from many popular talk radio hosts who regularly spread disinformation, distributed a memo telling on-air personalities to stop claiming that the election was stolen,”  he wrote. “On facing legal action, some cable media outlets have aired segments retracting election fraud claims that were made on their networks. Similarly, after facing backlash, a particular broadcast media conglomerate canceled the airing of a segment that claimed Dr. Anthony Fauci helped to create COVID-19, though, this outlet continued to air other disinformation about the pandemic.” The latter was a reference to a segment on Sinclair’s America The Week with Eric Bolling. The show was recently dropped.

In their letter, Eshoo and McNerney ask the TV distributors if they planned to continue carrying the channels. Other questions include:

— “What moral or ethical principles (including those related to journalistic integrity, violence, medical information, and public health) do you apply in deciding which channels to carry or when to take adverse actions against a channel?”

— “What steps did you take prior to, on, and following the November 3, 2020 elections and the January 6, 2021 attacks to monitor, respond to, and reduce the spread of disinformation, including encouragement or incitement of violence by channels your company disseminates to millions of Americans? Please describe each step that you took and when it was taken.”

— “Have you taken any adverse actions against a channel, including Fox News, Newsmax, and OANN, for using your platform to disseminate disinformation related directly or indirectly to the November 3, 2020 elections, the January 6, 2021 Capitol insurrection, or COVID-19 misinformation? If yes, please describe each action, when it was taken, and the parties involved.”

Those scheduled to testify at Wednesday’s hearing include Soledad O’Brien, anchor of the syndicated Matter of Fact; Emily Bell, professor of journalism at Columbia University; Kristin Danielle Urquiza, co-founder of Marked by Covid; and Jonathan Turley, professor at The George Washington University Law School.