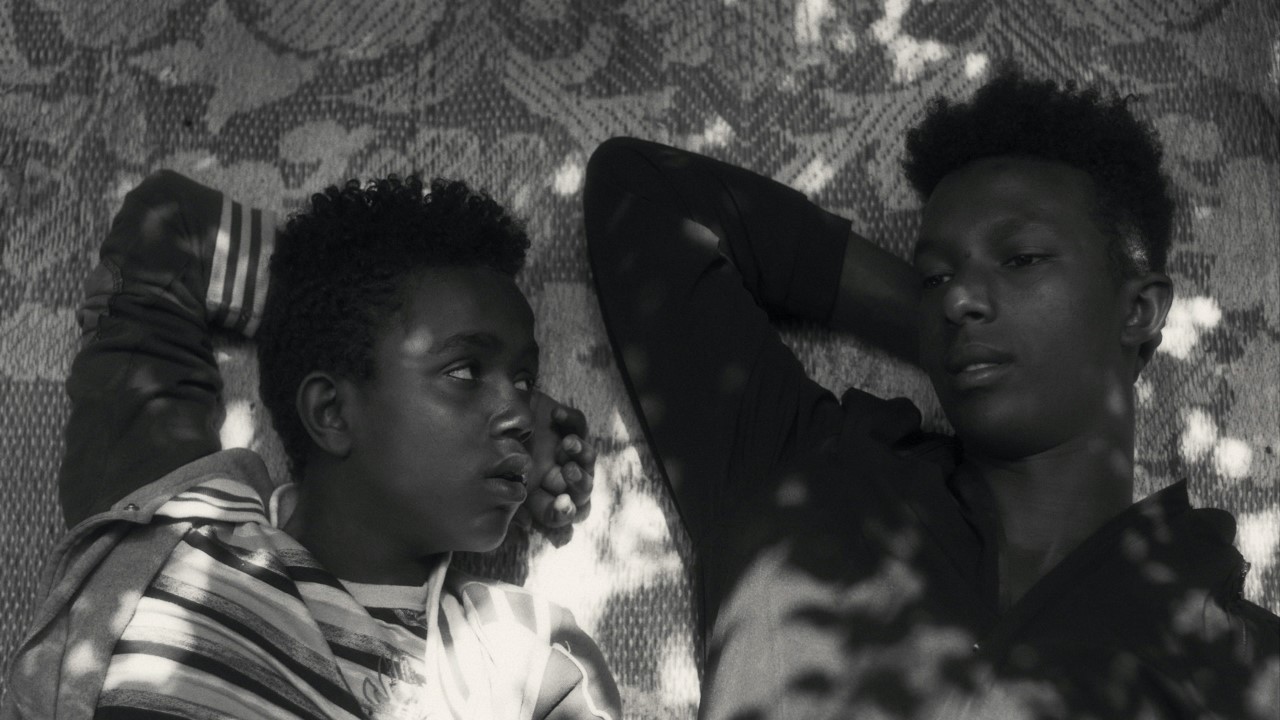 
Jessica Beshir is a Mexican-Ethiopian director, producer, and cinematographer based in Brooklyn, New York. She made her directorial debut with her short film “Hairat,” which premiered at the 2017 Sundance Film Festival and was released by the Criterion Channel, Topic, and The Atlantic. Her short films “He Who Dances on Wood” (PBS) and “Heroin” (Topic) have have screened in festivals and museums around the world including Hot Docs, Rotterdam International Film Festival, IDFA, Tribeca Film Festival, the Eye Film Museum, and the Museum of the Moving Image in New York, among others.

“Faya Dayi” is screening at the 2021 Hot Docs Canadian International Documentary Film Festival, which takes place April 29-May 9. The fest is digital this year due to COVID-19. Streaming is geo-blocked to Canada.

W&H: Describe the film for us in your own words.

JB: Ethiopian Sufi myth has it that khat, a bliss inducing stimulant leaf, was found centuries ago by a Sufi Imam who went in search of the water of eternal life toward off his fear of death. For those who chew it today, the Khat helps ward off the mounting political and socio-economic frustrations and has become the most lucrative cash crop in Ethiopia.

Through the prism of the khat trade and khat induced fantasies, “Faya Dayi” is a spiritual journey into the highlands of Harar, weaving a tapestry of intimate stories to offer a window into the dreams of the youth hunted by a repressive regime.

W&H: What drew you to this story?

JB: What drew me to this story was witnessing the grand scale in which khat it is being produced and the massive consumption by the youth for whom it has become a daily antidepressant.

W&H: What do you want people to think about after they watch the film?

JB: My film is an invitation to a trip where people are free to respond as they wish.

W&H: What was the biggest challenge in making the film?

JB: The fact that I live so far away from my hometown.

W&H: How did you get your film funded? Share some insights into how you got the film made.

JB: It took me 10 years to make this film, partly because it was self-financed for a long time before I received my first grant. It was not easy to articulate this film to funders, but the more footage I was able to edit and show what I was making, the easier it became to obtain more funding for post.

My film was financed with a combination of private investment, grants, and my own investment.

W&H: What inspired you to become a filmmaker?

JB: It was the best way to work through many questions of life — through image and time.

JB: I sought the advice that spoke to me and listened to those who encouraged people to make their own personal films.

The worst advice encouraged me to adhere to “industry standards,” which I find are bereft with racism, misogyny, and entitlement.

W&H: What advice do you have for other women directors?

JB: I am learning as I go, but what served me most in the making of my film is radical self-trust. It has been my best compass through it all.

W&H: Name your favorite woman-directed film and why.

JB: “The House is Black” by Forough Farrokhzad. The film is a mirror to the human soul.

W&H: How are you adjusting to life during the COVID-19 pandemic? Are you keeping creative, and if so, how?

JB: I dedicated myself to the editing of my film through the pandemic. It gave me a refuge from these devastating times.

W&H: The film industry has a long history of underrepresenting people of color on screen and behind the scenes and reinforcing — and creating — negative stereotypes. What actions do you think need to be taken to make Hollywood and/or the doc world more inclusive?