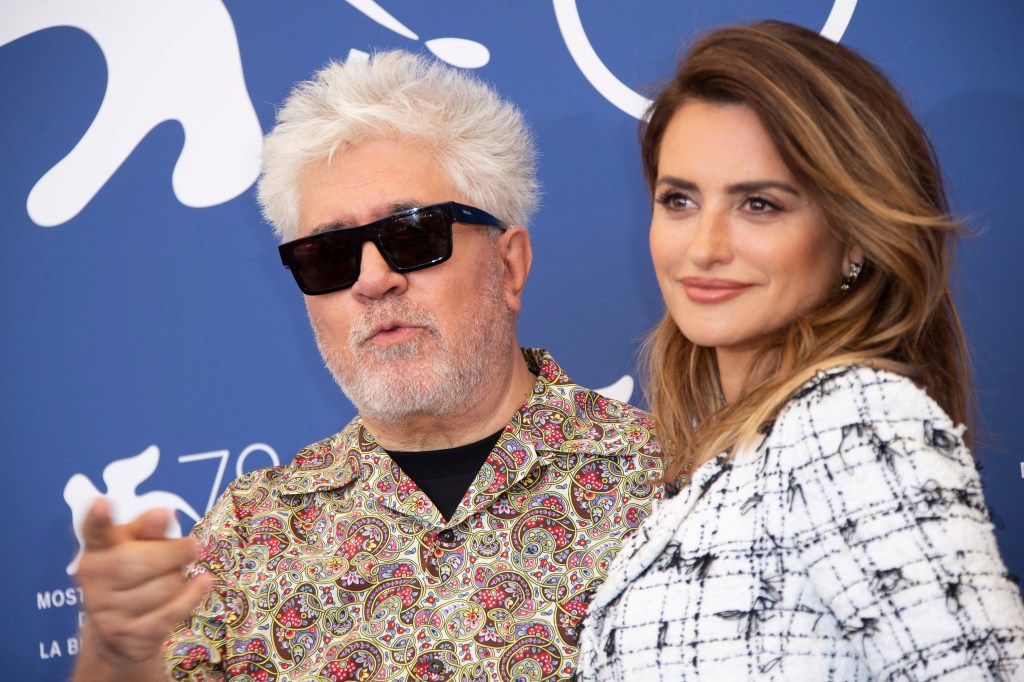 Penelope Cruz’s role in Pedro Almodovar’s Parallel Mothers (Madres Paralelas) is “one of the most difficult characters” she has ever played, the actress told the press corps at the Venice Film Festival this afternoon. It’s a good thing then that she made the movie with long time collaborator Almodovar, who she called, “my safety net. He can ask me to do something that can really scare me, but I know he will be there.”

The film, which screened early this morning for journalists and which officially kicks off the event tonight, traces the complicated relationship of two women who meet in a hospital room where they are going to give birth. A bond is created and then develops in unexpected ways.

Cruz plays Janis, the older of the two, and one who, in a sort of parallel story, is also seeking to open a mass grave containing the remains of her great-grandfather who was murdered in the Spanish civil war.

Almodovar has said Parallel Mothers is about ancestors and descendants, the truth of the historical past and the most intimate truth of the characters.

Other characters include the younger mother Ana (newcomer Milena Smit), and Ana’s own mother, a woman devoid of maternal instinct and played by Aitana Sánchez-Gijón.

Today, the Spanish maestro said, “I’m now interested in imperfect mothers, mothers who experience complexity and suffer. The mothers I portrayed in my previous films were different and inspired by the powerful women I met in my life.”

There is a political undercurrent to the film surrounding the men who were disappeared during Franco’s rise to power. Almodovar commented today that Spain has “a difficult relationship” with its recent history while the extreme right “reacts to everything… in a low level way.” He stressed that Spain owes “a huge moral debt to the families of the disappeared.”

For Cruz, Parallel Mothers was “an overwhelming journey, and a gift. It was an honor to be part of something so important.”

Cruz also reflected on the long history she shares with Almodovar saying, “I feel like the luckiest girl in the world being able to work with him for so many years… He has given me incredible opportunities, so many beautiful, challenging characters — all of them so different from each other and so different from myself.”

Almodovar, she recalled, “was the reason why I started to work as an actress at 16 when I saw Tie Me Up, Tie Me Down. I came out of the theater and I decided to look for an agent, to do some castings and try to work as an actress, to go to a theater school — all so that one day I hopefully could work with him.”

From their first meeting, “we connected… It’s a pleasure working together because we like working hard but we have great communication. It’s a smooth ride even when we suffer… He’s so present on the set and you will not see him with a cell phone or talking with somebody else. He will be those 12 hours completely present, there for all of us and for every single department. That is something you don’t see a lot around nowadays.”