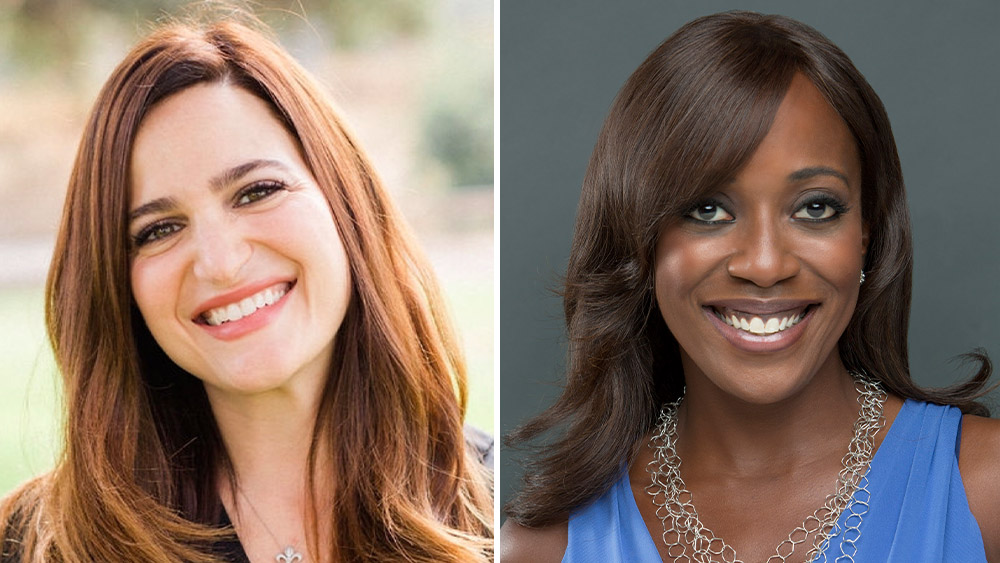 EXCLUSIVE: Hello Sunshine, co-founded by Reese Witherspoon, has handed promotions to two senior executives. Head of Film and Television  Lauren Neustadter had been named President, Film and Television and CFO. She will take over CFO duties from Liz Jenkins who has been upped to Chief Operating Officer.

“It’s hard to truly express how integral Lauren and Liz have been to the success and growth of Hello Sunshine,” Witherspoon said. “Lauren’s passion and purpose for the stories we tell has allowed us to create projects beyond my imagination and to collaborate with strong, skilled, creative, and complex women both in front of and behind the camera. Liz has built our business on every level, most recently leading our expansion into the unscripted space with the acquisition of SKR and she’s an exemplary leader. I am honored to work alongside these phenomenal women whose commitment and drive make the work we do at Hello Sunshine possible.”

“We are thrilled to recognize Liz and Lauren for their contributions over the past few years, which have accelerated our incredible growth as a company,” Harden said. “Scaling rapidly, the way we have, does not happen without the unbelievable leadership, collaboration, and teamwork they both exhibit every single day, inspiring our teams and pushing us to not only rise to the challenges before us, but consistently exceed expectations. We look forward to what’s next.”

Since joining the company in 2017 as Head of Film and Television, former Miramax, 20th Century and Fox Broadcasting executive Neustadter has executive produced such Hello Sunshine series as The Morning Show and Truth Be Told for Apple TV+, both of which are currently in production on their second seasons, as well as the Hulu limited series Little Fires Everywhere. She also served as a supervising producer on Season 2 of HBO’s Big Little Lies. Her work largely contributed to the 18 Emmy nominations Hello Sunshine garnered in 2020.

Neustadter is executive producing such upcoming Hello Sunshine projects as the limited series adaptations of Reese’s Book Club picks, From Scratch, starring Zoe Saldana (Netflix) and Daisy Jones and the Six, starring Riley Keough and Sam Claflin (Amazon Prime Video) as well as the limited series adaptation of the upcoming novel The Last Thing He Told Me, starring Julia Roberts (Apple TV+) and My Kind of Country, Apple TV+’s first competition reality series. On the film side, Neustadter is producing the film adaptation of one of Reese’s Book Club’s most popular selections, the bestselling novel Where the Crawdads Sing (3000 Pictures/Sony), starring Daisy Edgar Jones, as well as Aline Brosh McKenna’s feature directorial debut, Your Place Or Mine (Netflix). Hello Sunshine is set to start production on all of these projects later this year. Neustadter and her team are also currently developing a robust slate of TV shows and features for streaming, linear and theatrical platforms.

“I continue to be inspired every day by the incredible Hello Sunshine team, as well as the mission Reese fervently pursues and the passion she instills in all of us to chase big dreams alongside her,” Neustadter said. “I am proud of all we have accomplished and excited for all that’s yet to come.”

Jenkins joined Hello Sunshine in 2018 as CFO. In her role, she was responsible for establishing and overseeing finance, business affairs, and operations as well as facilitating the growth of the company’s business, including their Scripted, Unscripted, and Kids & Animation studios, Reese’s Book Club,  — all of which put women or girls at the center of each narrative. In 2019, she spearheaded the design and build-out of in-house production capabilities adding oversight of that function. She also led the acquisition of SKR Productions further strengthening the company’s Unscripted business.

“It has been an amazing journey at Hello Sunshine so far and I feel incredibly fortunate to be part of a team whose work has had such a tangible impact on an industry long dominated by a singular voice,” Jenkins said. “Lasting change takes time, effort, and intention; and I am so proud to be part of the tireless efforts of the entire team at Hello Sunshine as we work to put women at the forefront and tell stories demonstrating the true depth and spirit of these diverse characters and creators.”

All my infected exes live in Texas. Or so it may be, a panicked Trevor Noah noted tonight, as he lamented the decision...
Read more
Hollywood

Late Wednesday, Critics Choice Association chief Joey Berlin sent a missive to members of the organization that was, well, critical of the Hollywood...
Read more
Hollywood