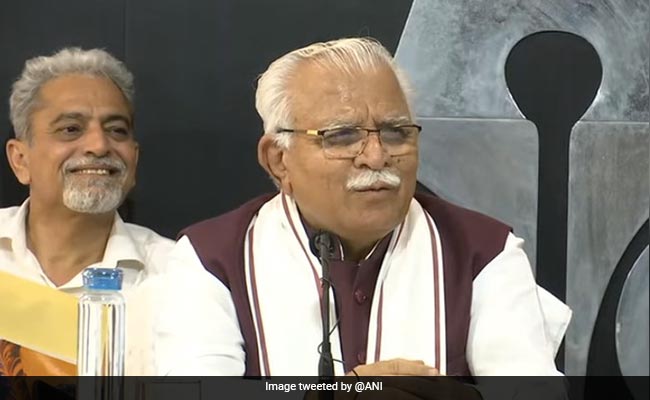 Punjab Chief Minister Amarinder Singh on Monday offered to feed his Haryana counterpart ML Khattar laddoos – but only if he repealed the three farm laws that have triggered waves of furious protests from farmers across the country, and led to a controversial lathi charge in Karnal on Saturday.

The Punjab Chief Minister was responding to a jibe from Mr Khattar – who has been criticised for Haryana Police’s heavy-handed action – over the recent protests by sugarcane farmers, which were called off last week after Mr Singh agreed to hike purchase prices.

“Repeal the farm laws and not just the farmers, even I will share laddoos with you,” he said.

Mr Singh had earlier tweeted “my government is committed to the welfare of our farmers” and shared a photo of him being fed a laddoo by a farmer leader to to signal an end to the dispute.

Happy to share that after consultation with farmers, have approved SAP for sugarcane at Rs 360 per quintal. My government is committed to the welfare of our farmers. Jai Kisan, Jai Jawan! pic.twitter.com/FSG3kDYA8S

A furious Amarinder Singh also slammed Mr Khattar for attempting to defend the Karnal lathi charge – which he called a “criminal assault on peacefully protesting farmers” – by accusing him of engineering protests by thousands of people in both states and neighbouring Delhi.

“Can’t you see the farmers of your own state are angry with you for your apathetic attitude towards them, and your party’s stubborn refusal to repeal the farm laws? Repeal the laws instead of blaming Punjab for the mess your party has put the farming sector in,” Mr Singh said.

Referring to the dispute over sugarcane prices, Mr Singh pointed out his government had “negotiated and resolved the issue instead of using brute force to try and subjugate”.

He was also scathing in his criticism of the way the BJP government in Haryana had handled the farmers’ protests so far, insisting that so brutal was their reaction that “they (the farmers) are fighting for their survival and did not need provocation from Punjab or any other state…”

“The sentiment of the entire country is with the farmers in this matter of the draconian and blatantly undemocratic farm laws that were imposed by the BJP-led central government,” he said. 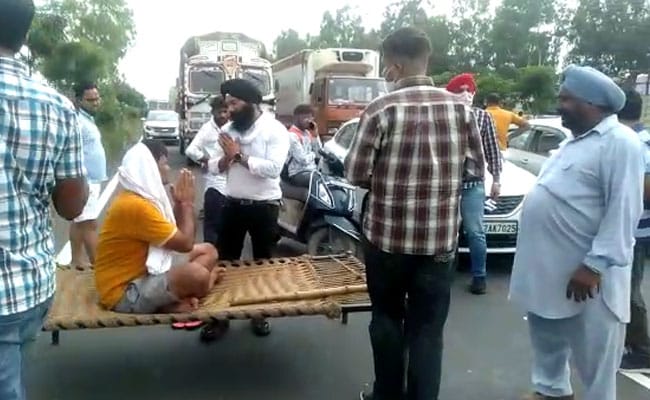 Earlier today Mr Khattar offered a weak defense of the police’s actions, saying “to maintain law and order, strictness had to be ensured”. He also played down a controversial video in which the Karnal sub-divisional magistrate could be heard urging police to “crack their (farmers) heads”.

The video and the police’s actions triggered outrage from opposition leaders. Mr Singh called it a “government-sponsored attack” and Rahul Gandhi tweeted about the blood of farmers being spilt.

Ten people were injured during the violence on Saturday. One person died as a result of injuries sustained, farmers claimed. The police, however, said it was due to a heart attack.

For two days after the incident farmers blocked roads (in Haryana and Punjab) and held a mahapanchayat in Haryana’s Nuh, where farmer leader Rakesh Tikait lashed at the “sarkari Taliban“.

The three farm laws have triggered widespread and furious protests from farmers; they say the laws will rob them of guaranteed prices for their crops and leave them at the mercy of corporate interests. The government, however, has insisted the laws will benefit farmers.

Several rounds of talks have been held but no resolution is in sight, with the government unwilling to scrap the laws (one of the farmers’ demands) and the farmers standing firm.