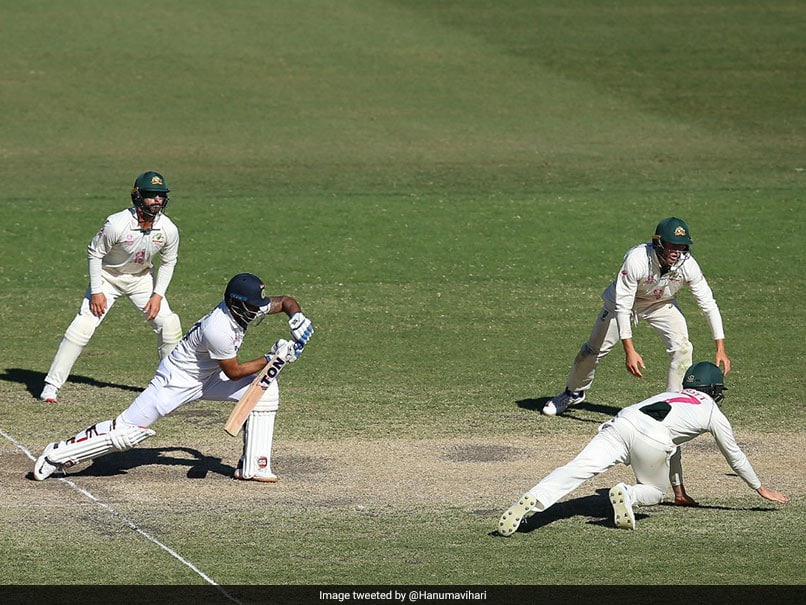 Hanuma Vihari struggled through a hamstring injury to help India save the third Test against Australia.© Twitter


Two days after his heroics helped India secure an unlikely draw against Australia at the Sydney Cricket Ground, Hanuma Vihari is trending again. The middle-order batsman, who struggled through a hamstring injury to put on a 259-ball blockathon along with Ravichandran Ashwin in Sydney, responded to Bharatiya Janata Party (BJP) MP Babul Supriyo’s tweet criticising him for his low strike rate, with a simple two-word post that has gone viral. “Playing 109 balls to score 7 !That is atrocious to say the least Hanuma Bihari has not only killed any Chance for India to achieve a historic win but has also murdered Cricket.. not keeping win an option, even if remotely, is criminal. PS: I know that I know nothing abt cricket,” Supriyo had tweeted during the final day of the match.

Twitterati hailed Vihari for his response and further criticised Babul Supriyo, who had already faced plenty of flak when he had originally posted his tweet.

“King has dethroned in style,” one user wrote.

“Dear Hanuma Vihari please ignore Mr Babul ignorance. You saved India from defeat with limping leg. Kudos to you my friend,” wrote another.

Vihari’s tweet picked up over 3,000 re-tweets and 8,000 likes of within half an hour of being posted.

Vihari picked up a hamstring injury towards the start of his knock in the fourth innings, but went on to bat out 161 deliveries against a strong Australian attack to help India avoid defeat and keep the series tied at 1-1 going into the fourth and final match of the series in Brisbane.