Gordon Smith To Step Down As President Of NAB – Deadline 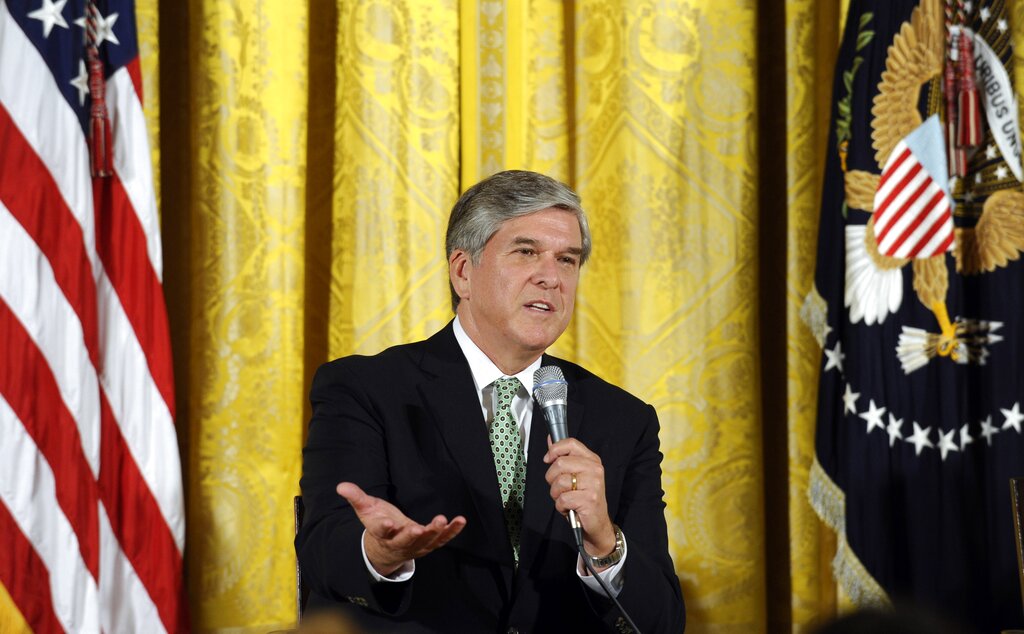 Gordon Smith said on Wednesday that he is stepping down as president and CEO of the National Association of Broadcasters at the end of the year. He’ll be succeeded by the trade association’s chief operating officer, Curtis LeGeyt.

“It has been my great honor to give the lion’s roar for broadcasters – those who run into the storm, those who stand firm in chaos to hear the voice of the people, those who hold to account the powerful – and to stand with those of the fourth estate who have the hearts of public servants,” Smith said in a video message to members.

Smith served two terms in the Senate as a Republican representing Oregon.

LeGeyt has been with NAB for almost 10 years, and led efforts to reauthorize key legislation including the Satellite Television Extension and Localism Act Reauthorization, as well as a measure to reimburse stations $1 billion for costs incurred following a landmark auction of broadcast spectrum. He previously was senior counsel to then-Senate Judiciary Chairman Patrick Leahy (D-VT).

In a statement, LeGeyt said, “To represent the broadcast industry and the local stations that bind our communities together in a moment of such tremendous change across the media landscape is a privilege. Our stations’ role in communities across this country has never been more important, and I look forward to working every day to ensure their ability to grow and thrive.”

Paramount Pictures has hired Mika Pryce as SVP of Production for the Motion Picture group. Pryce starts on April 26 and reports to Motion...
Read more
Hollywood