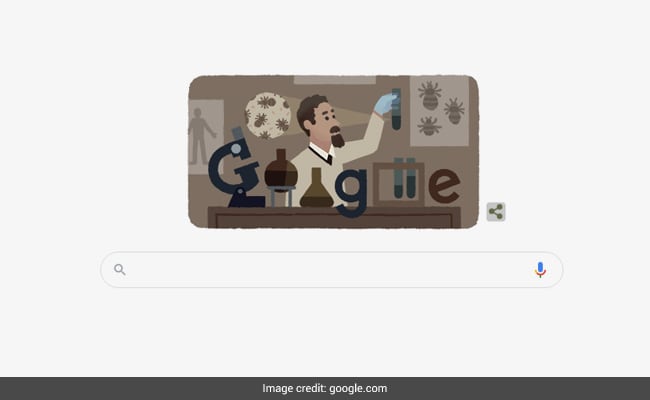 Google today celebrated the 138th birthday of Polish inventor, doctor, and immunologist Rudolf Weigl with a doodle. He had produced the first-ever effective vaccine against one of the oldest and most infectious diseases – epidemic typhus.

The search engine’s doodle shows the Polish inventor holding a test tube in his gloved hands and drawings of lice on the wall on one side and a human body on the other. The illustrator has spelled out Google with a microscope, beakers on bunsen burners, and test tubes in holders all placed on a lab table.

Rudolf Stefan Weigl was born in the Austro-Hungarian town of Przerow – in the modern-day Czech Republic – on September 2, 1883. He went on to study biological sciences at Poland’s Lwow University and in 1914, he was appointed as a parasitologist in the Polish Army. As millions across Eastern Europe were plagued by typhus, Mr Weigl became determined to stop its spread.

Body lice were known to carry the typhus-infecting bacteria Rickettsia prowazekii, so the inventor adapted the tiny insect into a laboratory specimen.

His innovative research revealed how to use lice to propagate the deadly bacteria which he has been studying for decades with the hope of developing a vaccine. In 1936, Rudolf Weigl’s vaccine successfully inoculated its first beneficiary.

When Germany occupied Poland at the outbreak of the Second World War, Mr Weigl was forced to open a vaccine production plant. He used this facility to hire friends and colleagues at risk of persecution under the new regime.

An estimated 5,000 people were saved during this period due to his direct efforts to protect his neighbors and due to the thousands of vaccine doses distributed nationwide.

Today, Rudolf Weigl is widely lauded as a remarkable scientist and a hero. His work has been honoured by two Nobel Prize nominations.