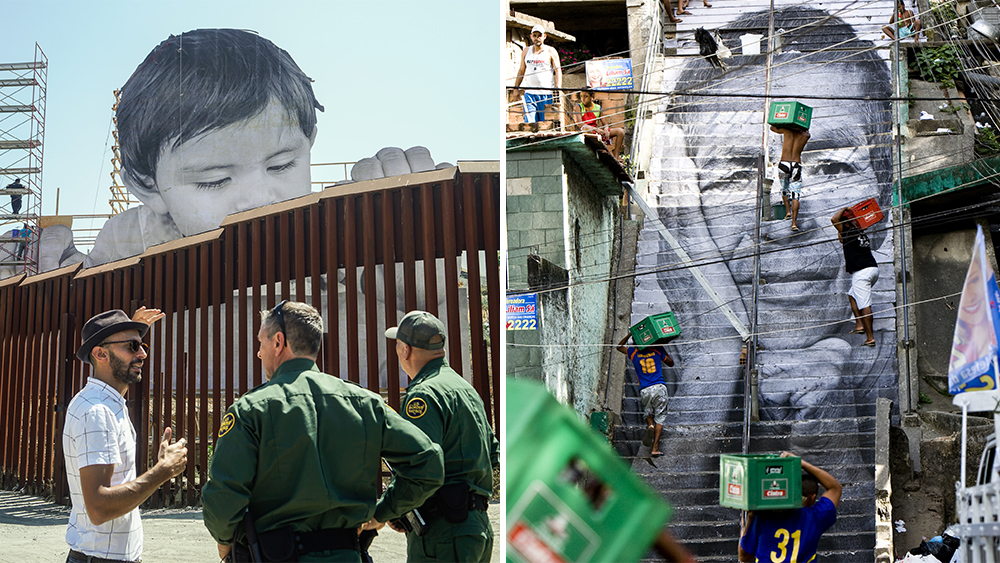 
EXCLUSIVE: Imagine Documentaries and Impact Partners have partnered on the feature documentary Paper & Glue. It is directed by renowned French artist JR, on a very personal subject: his own artwork. Using unexpected canvasses, JR’s intention is to give a global voice to everyday people through a genre-blending combination of public art, photography and large format spectacle.

The film will make its debut in one of the spring festivals, and I’ve hear that will likely be at the Tribeca Film Festival in June.

From early illicit graffiti videos captured on Paris rooftops at night, to a monumental portrait set on the USA-Mexico border wall, to a current collaboration in a California supermax prison, Paper & Glue uses the power of collaborative art to uplift communities and inspire self-expression. Told through JR’s first-person accounts, the film uses his vast personal archives to revisit and reveal rare behind-the-scenes moments in his life and work over the past 20 years. Interwoven into these emotional reflective moments are dynamic present day verité scenes of new work being created and new collaborations being forged.

“It’s the first documentary about my work that takes you inside my process and reveals the way my projects impact communities,” said JR.

Said Imagine Documentaries prexy Justin Wilkes: “JR’s larger-than-life installations unite, inspire, and empower all who come in contact with them. In many ways, this film is the largest canvas he’s worked on to date and a timely opportunity to share the healing power of art with a global audience.”

Said Impact’s Jenny Raskin: “Collaborating with JR, Imagine Documentaries and the entire team behind Paper & Glue has been an uplifting experience at every step. JR’s process in creating this film has been uniquely open and spirited – his optimism is infectious and much needed in the world right now.”