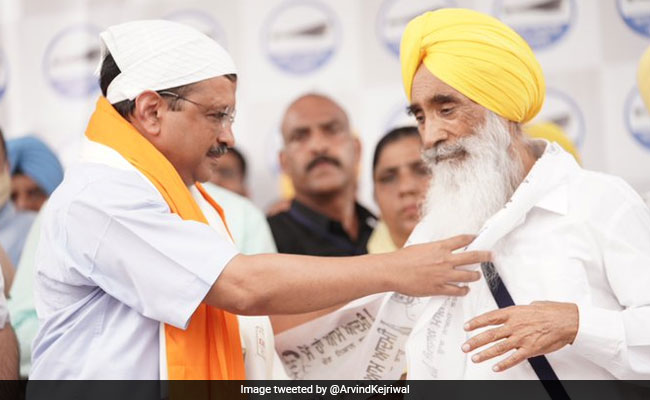 Arvind Kejriwal welcomed Mr Sekhwan after inducting him into the Aam Aadmi Party.

Mr Sekhwan was a minister in the Parkash Singh Badal-led Akali government.

After reaching the Amritsar airport in the afternoon, Mr Kejriwal travelled to the residence of Mr Sekhwan at his native village Sekhwan in Gurdaspur district.

Mr Kejriwal welcomed Mr Sekhwan after inducting him into the Aam Aadmi Party.

Punjab is ready for Change! pic.twitter.com/LL4kl2xac1

Addressing the media, the Delhi Chief Minister said, “He blessed us and joined our family. We welcome him in our family and we want him to guide us.”

Earlier, Mr Kejriwal spent some time at Mr Sekhwan’s residence and inquired about his wellbeing.

The Punjab assembly polls are due early next year.

He quit the Shiromani Akali Dal in 2018 after raising a banner of revolt against the party leadership.

He later switched over to the SAD (Democratic) formed by Sukhdev Singh Dhindsa last year.

The SAD (Sanyukt) was floated in May this year after the dissolution of Sukhdev Singh Dhindsa-led SAD (Democratic) and SAD (Taksali).