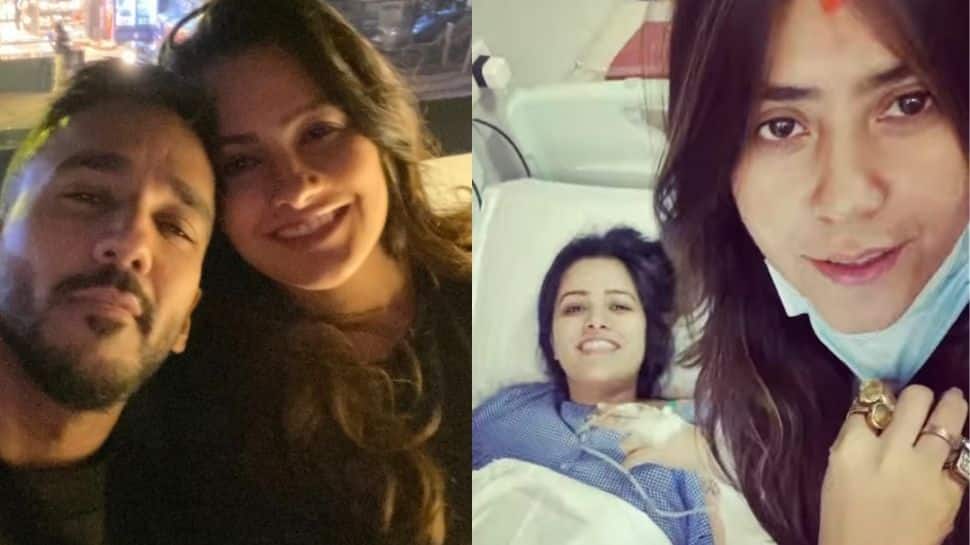 Ekta shared a video of the two, where the new mum can be seen resting on the bed. In the video, Ekta asks Anita to pose for the camera and announces that her “nephew is born”. Captioning the adorable post, the producer congratulated the proud parents and wrote, “When u realise ur not gonna b discussing work n lovelife but babies now! Congrats @rohitreddygoa n @anitahassanandani welcome to the mummy daddy club!! Yayyyyy.”

Take a look at the video:

It was through Ekta Kapoor’s ‘Kkavyanjali’ that Anita gained massive recognition. Anita has also acted in several Hindi and Punjabi films.

Earlier, Rohit had taken to Instagram to share the good news with his friends and family. Celebrities like Karanvir Bohra, Ankita Bhargava, Rannvijay Singha , Krishna Mukherjee, Ankita Lokhande and Bani J had dropped congratulatory messages on the post.

Anita Hassanandani and Rohit Reddy tied the knot in Goa on October 14, 2013.

Breaking News India Vaccinates Over 1 Million People In One Day For The First TimeIndia hit an important milestone on Thursday, vaccinating over a...
Read more
India

(adsbygoogle = window.adsbygoogle || ).push(); <!-- -->The girl's family claim she had died after eating ''khichdi'' at school. (Representational)Ballia: A...
Read more
Hollywood

Nickelodeon has given an official series greenlight to SpongeBob SquarePants spinoff The Patrick Star Show. Nick has ordered 13 episodes of the animated...
Read more