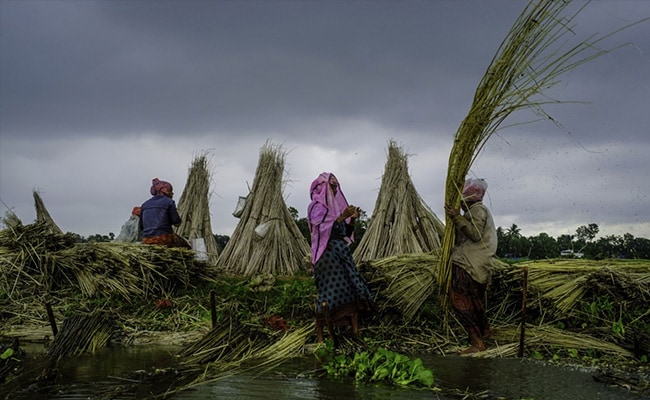 The milder hit to the economy coincides with India’s vaccination rate picking up pace.

The economic toll from a deadly second wave of Covid-19 that swept through India last quarter doesn’t appear to be as bad as feared, with analysts still seeing the nation pulling off the world’s fastest growth this year.

A better-than-expected manufacturing performance and a milder hit to services, combined with a robust pace of vaccinations, have helped keep the annual growth outlook for the economy steady at 9.2%, according to a Bloomberg survey. That pace is the same seen in a poll last month and the quickest among major economies. 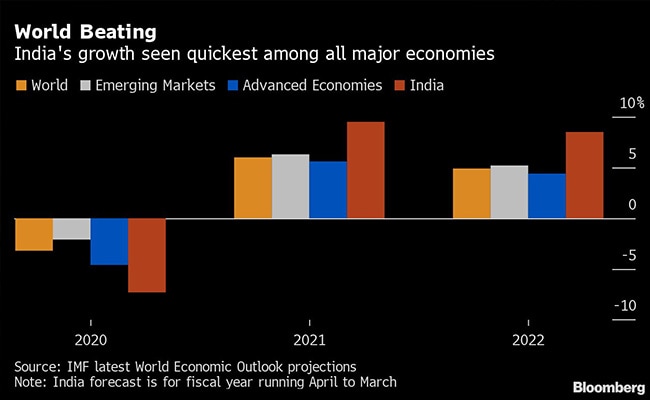 Data due later Tuesday will likely show gross domestic product grew 21% in the three months through June from a year ago, according to the median of 45 estimates compiled by Bloomberg, mainly as a bounce back from last year’s crash.

The big pop, however, will likely obscure a slowing from the previous quarter, caused by activity curbs to stem the second wave of the virus. While the government doesn’t report an official quarter-on-quarter figure, Bloomberg Economics estimates the economy slumped sequentially, contracting 12% from the January-March period.

In recent months, India’s annual growth forecast has gone from being upgraded to double digits to slashed by the steepest rate amid uncertainty about Covid’s devastation on the economy. But recent data from high-frequency indicators have shown the impact of pandemic restrictions were less severe than last year, with demand staying resilient.

Factory managers in India saw a surge in activity in July, reflecting a pick up in new orders, while a similar survey of services’ purchasing managers showed the sector was inching back toward expansion. Exports, which account for nearly a fifth of the economy, have been growing for the past eight months signaling strong global demand.

“The recovery from the second wave has been faster with activity indicators recovering lost ground in less than three months compared to 10 months in the first wave,” said Gaura Sen Gupta, an economist with IDFC First Bank. “High frequency growth indicators show that the economic cost of the lockdowns was lower.” 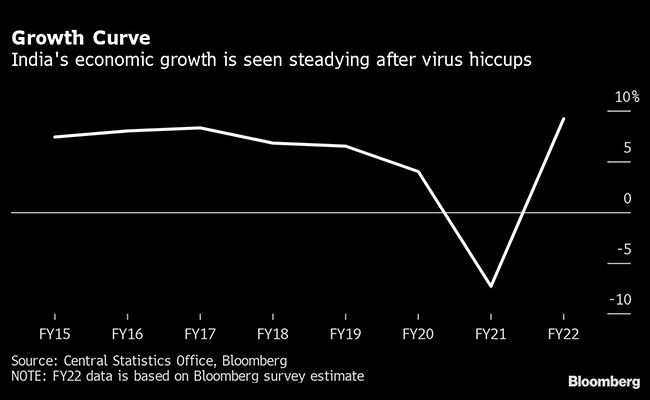 The milder hit to the economy coincides with India’s vaccination rate picking up pace over the last few weeks. And there’s room for further improvement, given that the country has managed to inoculate only just over 10% of its population — a key vulnerability given risks from a possible third wave of infections.

Prime Minister Narendra Modi plans to complement the monetary stimulus with fiscal measures. His government aims to raise 6 trillion rupees ($81.9 billion) by leasing out state-owned infrastructure assets over the next four years to fund new capital expenditure without further widening the budget deficit.