Home Disha Parmar calls hubby Rahul Vaidya her lucky charm as she got... 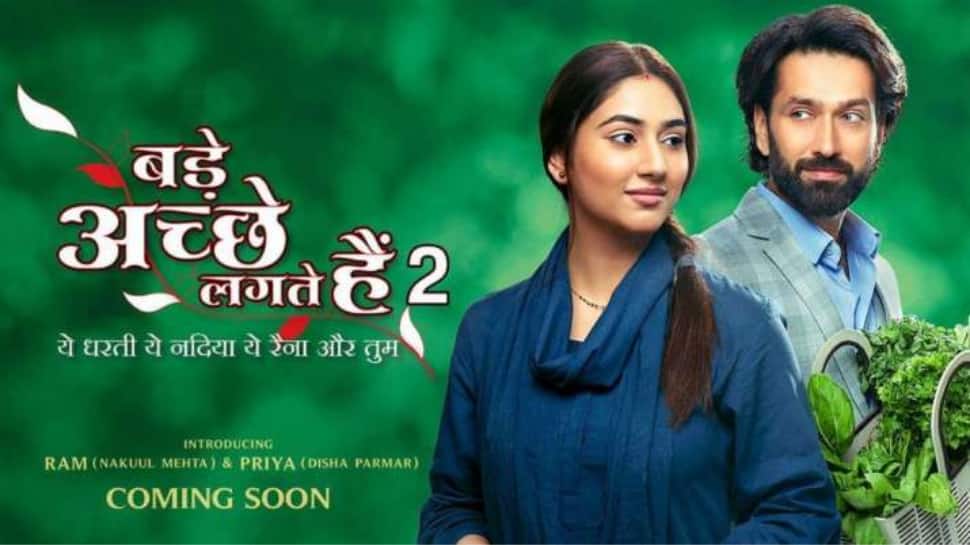 New Delhi: Newly wed actress Disha Parmar cannot stop praising her singer husband Rahul Vaidya, who proposed marriage to her on national television when he was part of Salma Khan hosted Bigg Boss 14. Disha is excited as she is returning to TV with Bade Acche Lagte Hain 2. Disha has called Rahul as her ‘lucky charm’ as she got the show post marriage to him.

The actress revealed in an interview that Rahul is very supportive of her career and it is because of him that she is able to successfully manage her personal and professional life.

“The secret is actually my husband. I will give him all the credit in the world. I keep telling him that as soon as we got married I got this show. So, you are very lucky for me. I think it’s because of him that I am able to strike a balance between my personal and professional life. He has been so supportive. Within like 15 days of our marriage, I was back on set. He has been so encouraging. I cannot thank my husband enough for this. He is the secret that everything can be managed,” Disha told ETimes.

Bade Acche Lagte Hain was a popular Hindi show which portrayed how love blossoms between two people coming together from different walks of life after getting married. Sakshi Tanwar and Ram Kapoor played the main characters Ram and Priya in the first season.

Speaking about how is it different from the first season, Disha said, “Like I mentioned, the characters this time are a bit different because the times have changed. The show is coming back after 10 years, the problems are different for people, the situation and the kind of things that are happening in people’s lives are different now. So, we have tried to keep it as real as possible.”

Disha however maintains that the essence of the show is the same as its previous season.

Actor Nakuul Mehta will play Ram Kapoor in the second season of the show. Disha and Nakuul had previously worked together eight years ago on ‘Pyaar Ka Dard Hai Meetha Meetha Pyara Pyara’.

Google has announced a new update for Android Auto that brings in new features to the car's infotainment screen. The update will allow...
Read more