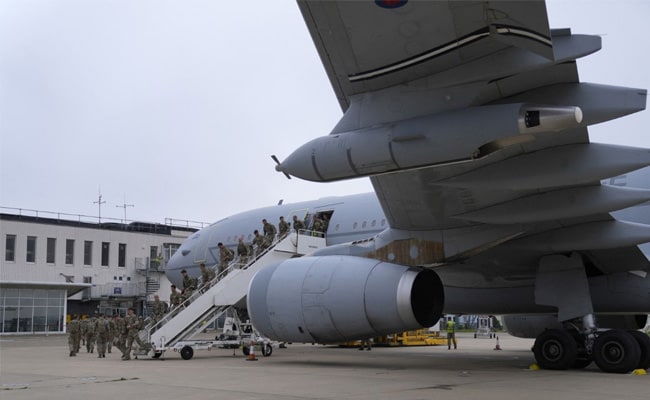 Britain co-ordinated closely with the United States and did not push to keep a gate open at Kabul airport where a suicide bomber killed 13 U.S. troops and scores of Afghan civilians, British Foreign Secretary Dominic Raab said on Tuesday.

A Politico report on Monday said American forces decided to keep the Abbey Gate open longer than they wanted to allow Britain to continue evacuating personnel.

“We got our civilian staff out of the processing centre by Abbey Gate, but it’s just not true to suggest that, other than securing our civilian staff inside the airport, that we were pushing to leave the gate open,” Raab told Sky News.

He said Britain had taken mitigating action, including warning people not to come to the airport.

“We also shifted the civilian team that we had in the Baron Hotel to the airport, because (being) a stone’s throw away from where the terrorist attack took place, it clearly wasn’t safe, but none of that would have required or necessitated Abbey Gate to be left open,” he told BBC News.

Raab defended his response to the Taliban taking control of Afghanistan, dismissing reports he failed to do enough to prepare.

Raab, who was on holiday as the Taliban swept through Afghanistan, did not call the Afghan or Pakistani foreign ministers in the six months before the crisis, the Sunday Times reported.

“Politics is a rough game,” he said. “Anyone taking out time during a crisis to give a totally inaccurate, skewed set of reporting, I am afraid lacks any credibility and is probably involved in buck passing themselves.”

He said Britain had secured safe passage for 17,000 people, including around 5,000 British nationals since April, with the numbers remaining in Afghanistan in the “low hundreds”.